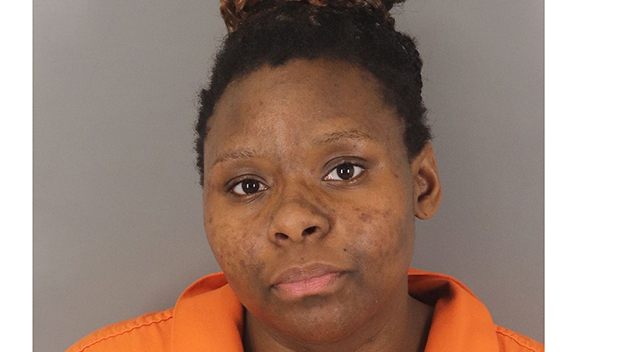 BEAUMONT — The trial of a local woman charged in the October 2019 stabbing death of her boyfriend in Port Arthur begins today.

Amesty Smith, 26, is on trial in the 2019 homicide of Gerald Taylor, 24. The trial is being heard in Judge John Stevens’ courtroom in Beaumont.

Smith was originally set for trial in December but did not show up, according to information from the court. The failure to appear led to bond forfeiture. A warrant for her arrest was penned. Smith was arrested on the warrant.

The Port Arthur Police Department was called to Pebble Creek apartments in October 2019 and found Taylor dead with a stab wound to the left part of his chest, according to the probable cause affidavit for Smith’s arrest.

The document says a witness woke to Smith and Taylor having an intense argument at approximately 6 a.m. Oct 12.

By 6:40 a.m. the couple left the apartment and Taylor was in seemingly good health. Security video showed Smith’s vehicle at different stops inside the complex and at one time a view of Taylor’s leg is seen hanging out of the trunk.

Smith denied causing any injuries to Taylor but due to evidence and above listed information, she was arrested in connection with the homicide.