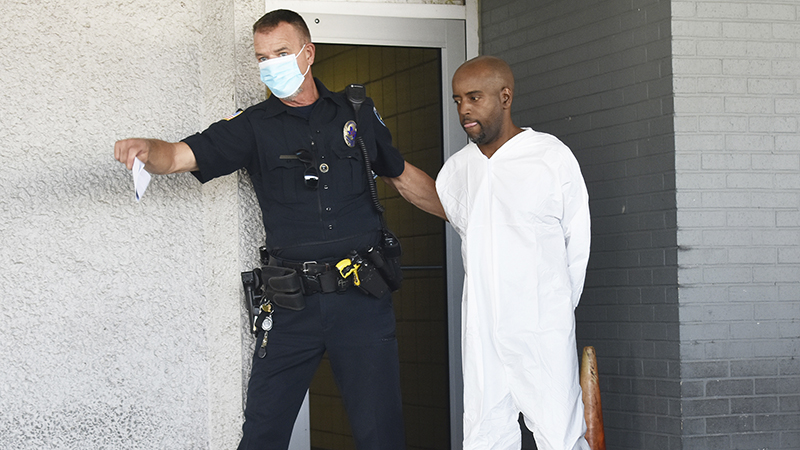 The mother of a Port Arthur homicide victim believes the man being held responsible is innocent, and she hopes to speak on his behalf during his sentencing hearing this week.

Darian Petry is scheduled to appear in the 252nd District Court Wednesday to be sentenced in the 2020 death of Kenneth Swallow. According to previous reports from Port Arthur Newsmedia, Petry rejected a plea bargain in August 2021 and opted for a jury trial.

On Nov. 30, he pleaded guilty to murder, for which he’s been held in the Jefferson County Correctional Facility on a $500,000 bond.

Petry was arrested hours after Swallow was found fatally shot on Aug. 16, 2022. Police found the body on the front porch of a house in the 3100 block of 10th Street after receiving a call regarding an unresponsive person. 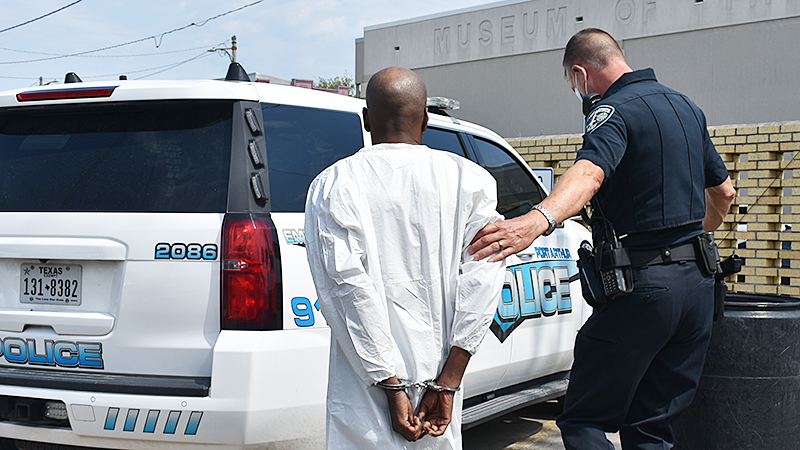 Darian Petry, left, is placed in a police vehicle outside the Port Arthur Police Department.

Petry voluntarily went to the Port Arthur Police Department the following morning and confessed to the crime, according to previous reports.

Despite the confession, Swallow’s mother said she has reason to believe Petry is innocent.

“Don’t you think if that’s the boy who killed my son, don’t you think I’d be so happy to see him go and pay for killing my son execution style?” she said Tuesday through tears. “Don’t you think I would be the happiest mother in the world for him to go and do time? I can’t let an innocent man go to jail.”

She doesn’t know whether or not it can or will change the outcome of things following Petry’s plea deal.

“I’m still going to walk out of that courtroom with my head held high because I spoke,” she said. “I can say goodbye to my son tomorrow because his mother did not give up on him without at least trying to get justice for him.”

Swallow, who was 30 at the time of his death, was a father of three and a 2009 graduate of Memorial High School.