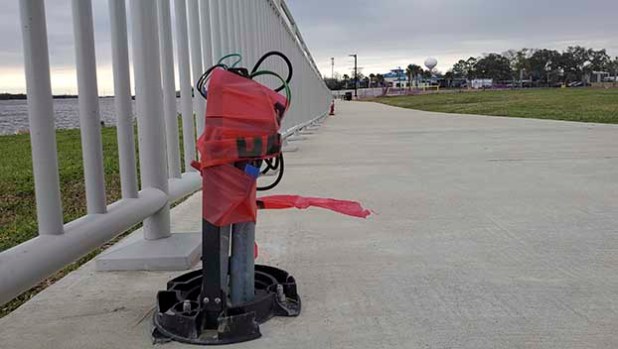 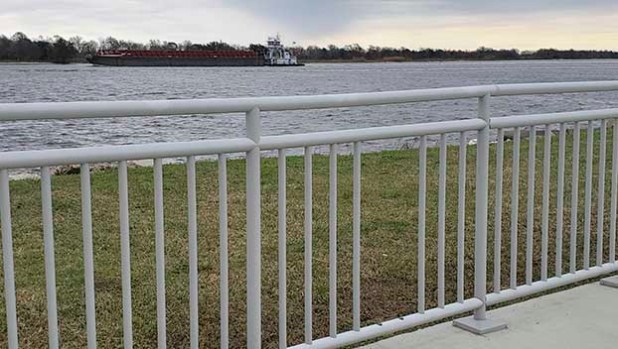 Approximately 30 balusters or spindles on the fence at Port Neches riverfront are missing due to vandalism. (Mary Meaux/The News) 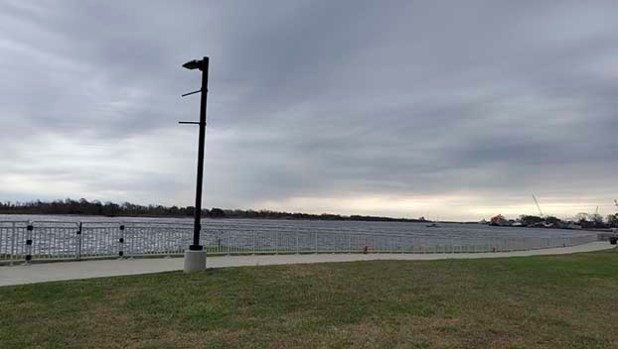 A number of canvas signs that hang from lamp posts along the pathway have been removed. (Mary Meaux/The News) 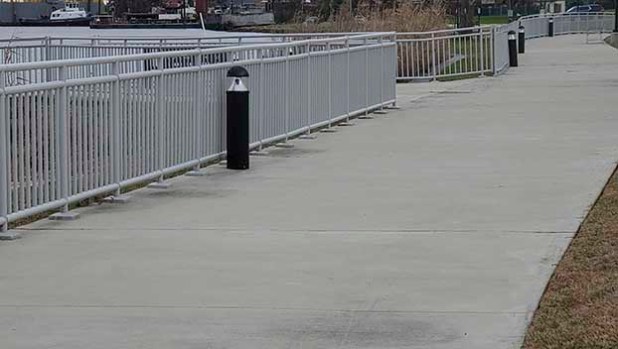 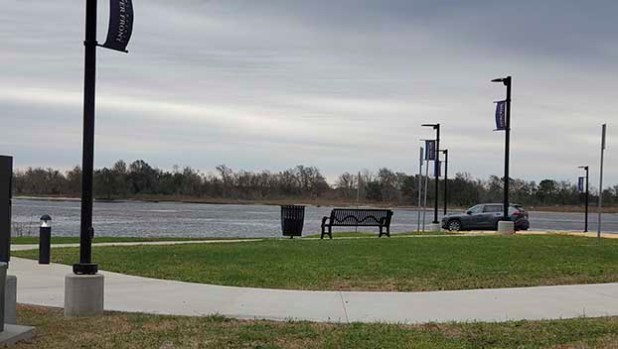 PORT NECHES — Recent vandalism along the Port Neches riverfront comes with a hefty price tag — and criminal charges when the person or people responsible are located.

Port Neches police were notified Monday morning that 18 pathway lights along the riverfront walkway were damaged, Detective Mark Goodwin said. No arrests had been made as of Friday.

Director of Public Works Clint Fore said of the 18 damaged lights, only four were located. He believes the other 14 were tossed in the river.

The lights, he said, looked as if they were beaten with something like a baseball bat.

“Each light costs about $700 plus electrician fees to have them installed,” Fore said, adding the final cost for the lighting is approximately $18,000.

The pathway lights, or what remains of them, have been disconnected from the electrical source for safety reasons.

The problems don’t stop there. Fore said there are approximately 30 balusters — the PVC pipe-like guardrail pieces/spindles are missing.

This marks the second time a set of balusters went missing along the pathway. Fore said after the first time this happened the supplier gave them 50 at no charge.

A number of riverfront canvas signs that hang on lamp style posts along the path were also missing.

“Those constantly come up missing,” he said.

Fore said there has also been graffiti on the sidewalk at the river but luckily they were able to remove it.

City leaders were talking of small acts of vandalism back in December 2021 where people kicked over the pathway lights or messed with the fencing.

While the pathway along the undeveloped portion of riverfront has been targeted, the section of pathway and lighting near the Neches River Wheelhouse remained intact Friday.

Fore said the city does not have security cameras along the pathway but plans to add cameras there and on all city property.

Police are working with a local business and plan to review the footage to see if they can identify the person or people responsible for the vandalism, Fore said.

If the ones responsible for the damage are caught they will be prosecuted to the fullest extent of the law, he added.

People with information on the vandalism can call Port Neches Police Department at 409-722-1424 and ask for investigations.