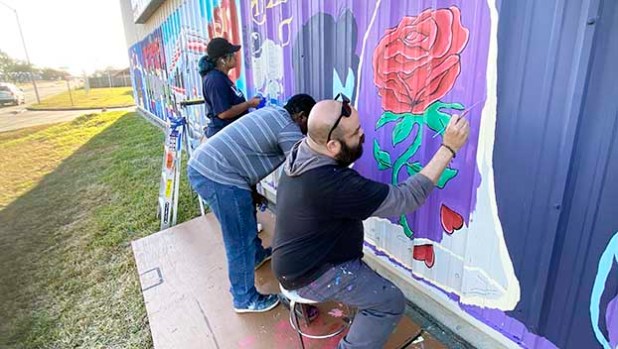 From left: Ashely Delacruz, Cody Turner and Maurice Abelman paint a “Beauty and the Beast” mural on the side of the Port Arthur Little Theatre Monday. (Monique Batson/The News) 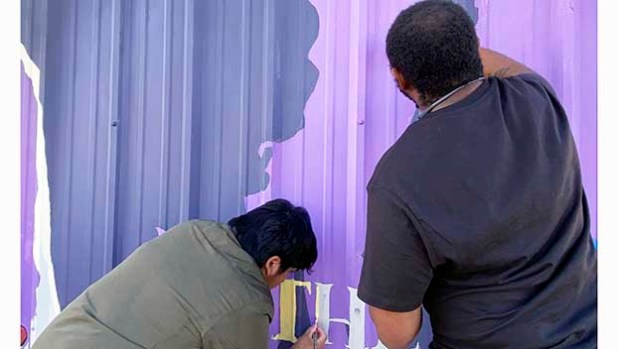 Alex Padron, left, and Cory Padron work on one of the four murals that spans the outside of the theater. (Monique Batson/The News) 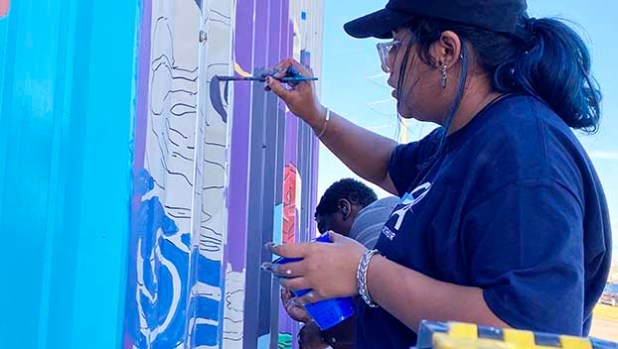 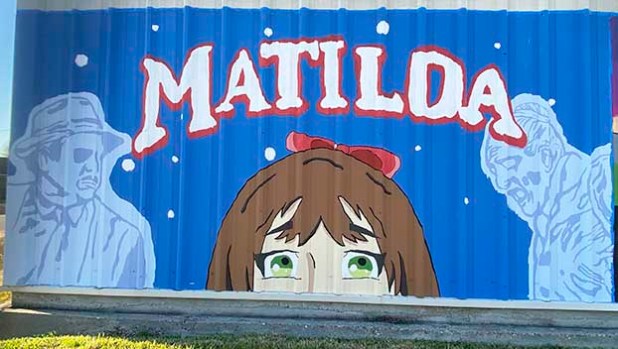 The “Matilda” mural on the side of the Port Arthur Little Theatre was designed by Jade Livings. (Monique Batson/The News) 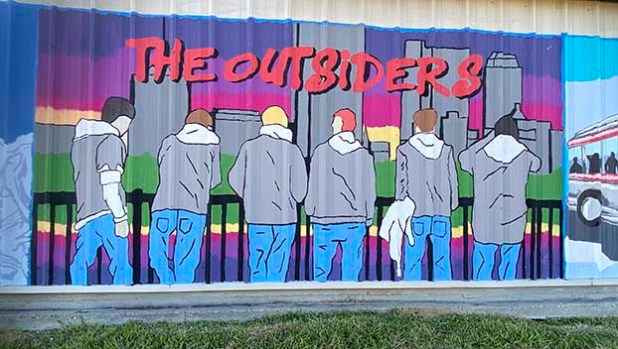 “The Outsiders” was designed by Cory Turner and Zachary Foley. (Monique Batson/The News) 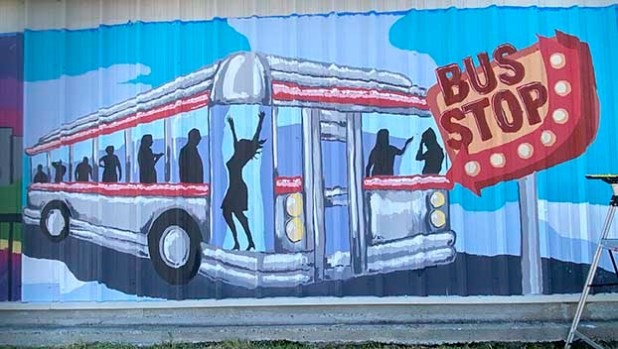 The outside of the building, which once housed only a marque, now has four murals designed and painted by students in Digital Imaging II.

The idea, said coordinator Maurice Abelman, came at the end of last semester as they worked on a final project. He began working with PALT Board President Debbie Pletcher, with whom he serves on the Southeast Texas Arts Council.

“It originally started with billboards but we went into murals, because I have a background in fine arts,” Abelman said. “I do murals all of the time.”

The students behind the creations are in an advanced class.

“We get to play around with different brushes and on Photoshop,” the instructor said. “I let them take the skills developed in previous classes and bring it over to this class.”

Creating the designs was a grade. Painting, however, was just for fun.

“I asked them, ‘Hey, if you want to paint it, we can paint it over the break,’” he said. “And everyone was jumping up and down to paint it.”

The four murals are:

“I was looking up some different references of different posters like high school posters or Broadway posters,” Delacruz said. “I just wanted something very simple to do with the silhouettes of the Belle and the Beast. Since the rose is the main focus of the play, I wanted that to be the shot in the mural here.

“We both worked on the background — the roses and the edges. We had to focus on the lettering. We try to keep it close to the same font as the posters.”

Abelman said he is working with the college on doing community-based projects each year, whether it be creating murals like the ones at PALT or helping design promotional materials for businesses.

“A lot of these kids come to me with a fine arts background,” he said. “A lot of their portfolios, I try to incorporate what they already know into a more digital trajectory with their art and see what we can do. I feel like it’s an interplay between traditional and digital arts. That’s kind of my focus.”

“It’s important that artists help artists,” he said. “We are hoping to make this (an) ongoing venture and refresh the mural annual.”