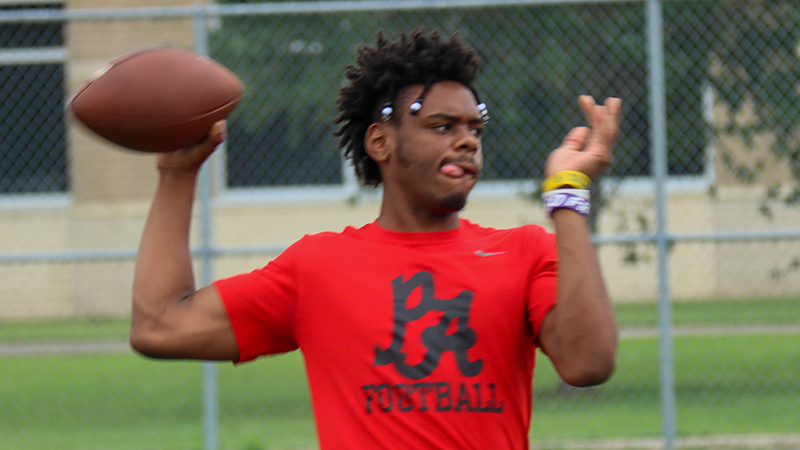 Jah’Mar Sanders is a student-athlete who appreciates a strong program culture and has no problem serving as a leader as part of his commitment.

Port Arthur sports fans certainly know this, as the Class of 2022 Memorial High School graduate was a two-time district MVP and star quarterback for the Titans.

Following high school, Sanders played wide receiver for the New Mexico Lobos in the fall of 2022.

Now he is coming back to Southeast Texas as the latest member of the Lamar University Cardinals. 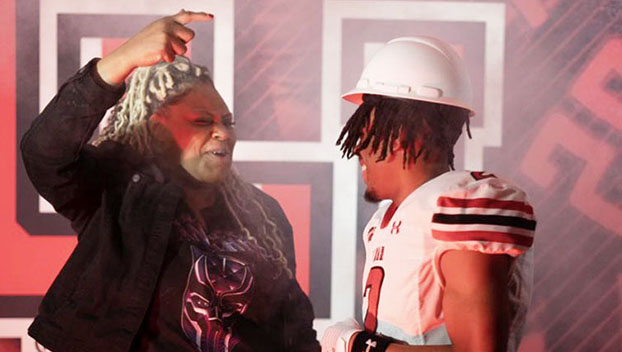 Nicole Sanders, left, celebrates with her Jah’Mar Sanders on the Lamar University campus.

“The energy they give off played a major role in me committing over there,” he said.

Sanders is excited for local fans to again come out and support him on the football field.

“You get more fans to see you play at a different level, not just high school,” he said. “That will show me that people really support and watch me. It makes me feel good about myself to know that people watch and cheer me on.”

He took over the Lamar program in December.

Rossomando comes to Southeast Texas from Charlotte, where he spent the previous two seasons as the 49ers’ offensive line coach and was named interim head coach for the final four games of the 2022 season. Rossomando guided the 49ers to a 2-2 record to close out the year after opening the season with a 1-7 mark. 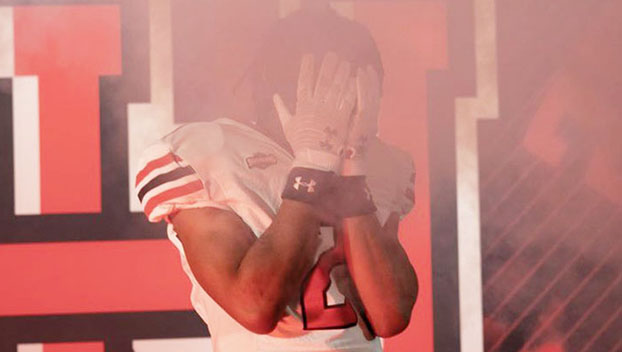 Sanders said Rossomando has a good background and “did big things” wherever he has worked.

Throughout the recruitment process, Sanders was also able to speak with receivers coach Coby Gipson and safeties coach Wayne Cordova. Both have history recruiting Sanders out of high school.

“They played big roles in me committing,” he said. “They gave me another chance.”

Sanders envisions playing slot wide receiver for Lamar and is focusing on drills to excel at the position’s needed techniques.

“I need to work on more speed training and getting in and out of my cuts faster,” he said. “I’m just now getting back in my receiver state. I used to play receiver but not in high school. It is like I am re-learning everything back over.”

He credits New Mexico for developing him as an athlete and is looking forward to getting more snaps in Beaumont.

Sanders said goals for 2023 include approaching 10 touchdowns scored and close to 600 receiving yards, “but time will tell.”

Despite being hundreds of miles away, Sanders said it was fun to watch Memorial make a run to the third round of the football playoff in 2022.

“It was a good thing to see them get past the first round, because I couldn’t do it in my years there,” he said. “The young bucks stepped up when we left, and it’s a great thing knowing they are heading in the right direction.”