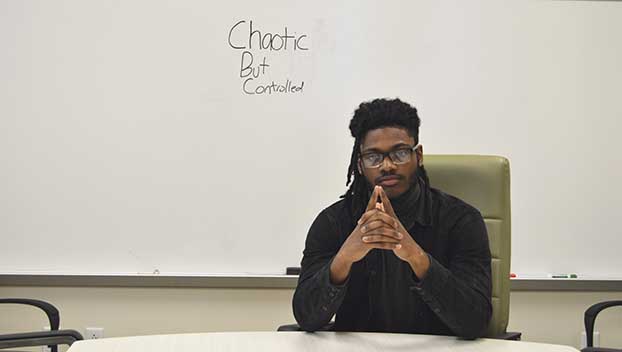 Ryan Kirk may be in the 11th grade but his thoughts are years in the future.

The Woodrow Wilson Early College High School student plans to major in environmental engineering, but along the way wants to look into future sources of energy — some that may yet to be known.

And while the Port Arthur junior works as an engineer, he plans to use some money for other businesses, such as the manufacturing of technology and resources for aircraft and aviation. And working in this type of technology might even bring about different technologies not yet thought of, he said.

One such business is an asteroid mining company.

“I want to work and see if that can be possible, because all of the resources on Earth are not renewable. Constantly mining them, it’s eventually going to run out,” Kirk said. “You’re going to have to start looking to the stars, where all the asteroids and meteors can be used to harvest materials, some we probably don’t even know of because we haven’t fully explored space.”

Space launches through the years have left debris around the earth — something Kirk believes needs to be cleaned up.

“I want to work on a way to have these little droids, if you will, go around and collect these resources and bring them back to Earth to possibly reuse them for other projects,” he said. 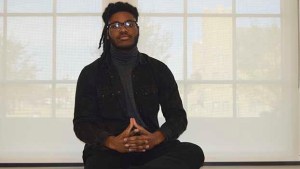 Ryan Kirk is a member of Texas Alliance of Minorities in Engineering. (Mary Meaux/The News)

Kirk is already on his chosen career path as he works toward his high school and associate’s degree. He is a member of Texas Alliance of Minorities in Engineering at Lamar University. There is a club at the school and he attends meetings at LU.

Some of Kirk’s future plans include making improvements on environmental factors while helping others. He also understands how privileged we are in the western world and there are people who’s main concerns are for water to drink, food to eat or if they can attend school.

Kirk’s ambition and drive for success isn’t lost on his educators.

“As his mentor, he and I frequently discuss his career path possibilities. He is a detail-oriented student who has a vision. He is a joy to have in class,” Avery said.

“However, what makes him really outstanding is his capacity to inspire his peers to work harder and motivating their learning process,” Navarro said. “Ryan is a person that does not conform to the contents that appear in the textbook: he always wants to learn more, looking for the understanding of the events.”

The studious Kirk does have down time. Those activities include exercising and journaling.

He hopes to one day give the journal to his future son so he can see what his father has done and incorporate this into his own life.

Kirk also likes to play games and study and recently he’s been baking with his mother. The mother-son duo bake and sell cakes at the school, and he’s made approximately $200 so far, he said.

Ryan Kirk is the son of Patricia Lowe and Derrick Jack and Ricky Kirk.

His brothers are Mark Anthony Washington and Charles Nichols.