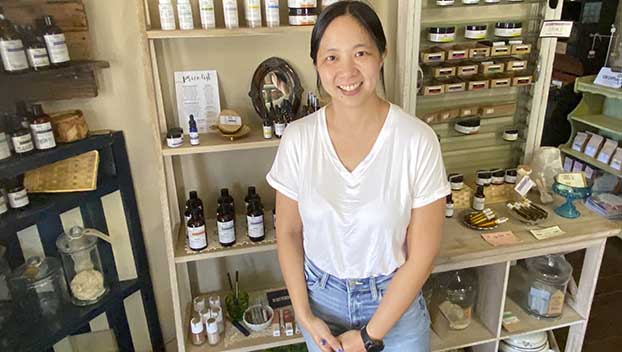 Vanlam Nguyen owns Down to Earth in Nederland and Beaumont. (Monique Batson/The News)

NEDERLAND — In 2019, Vanlam Nguyen celebrated the Lunar New Year at her business for the first time. And that year, she said, was very profitable for Down to Earth. Then COVID made it impossible to do the following year.

But at the beginning of 2022, when the Soaring Phoenix Dragon and Lion Dance Association called and asked if she wanted them to return, she decided against the additional expense.

So this year, she made the call.

“There are some things I believe in, and I grew up in a household of beliefs,” she said. “And you don’t want to test it. I called him up and it’s extra funds I don’t really have, but I’m not going to risk it. Sometimes you have to spend to earn.”

On Friday, Jan. 27 beginning at 11 a.m., Down to Earth will host a Lunar New Year celebration at the store on Avenue H. In addition to the dragon dancers, there will be eggrolls from Pho Neches and red envelopes with store credit.

“Chinese and Vietnamese people celebrate the Lunar New Year,” she said. “And one of the things is, when you have a business, you want to invite in success, money and luck.”

Although the store that opened in 2011 has seen a great deal of success, as it offers something not easily found in the area. And that, Nguyen said, was a driving force behind starting the business. 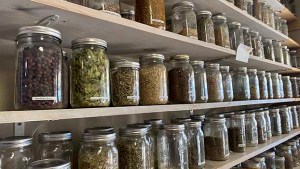 Organic herbs are a primary attraction at Down to Earth. (Monique Batson/The News)

“I grew up in an Asian family,” she said. “My mom always had something brewing on the stove, and 99 percent of the time it did not smell good, but it did good. Of course as a kid, it tasted bad. A lot of the Asian medicine and Chinese herbs, my parents grew up with. You did that before you went to the doctor.”

As an adult Nguyen began working in management for a large retail store, with which she traveled around, adding wear and tear to her body. Then she had a child.

And one day she went from having good health insurance to no insurance at all.

Nguyen began researching the benefits of herbs and organic products. She took courses in herbology. She obtained a bachelor’s in Biology before earning a master’s in Business from Lamar University.

And while in school she learned how many products contain chemicals that aren’t good for the body. 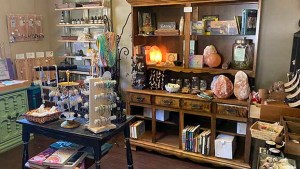 The Metaphysical Room has things such as incense and stones. (Monique Batson/The News)

“That’s how it all started,” she said. “I wanted to open something because we didn’t have anything around here like that.”

Now she offers organic products, herbs and other items at her stores.

Down to Earth is located at 2908 Avenue H. Eight years ago, a second location opened at 1455 Calder Avenue.