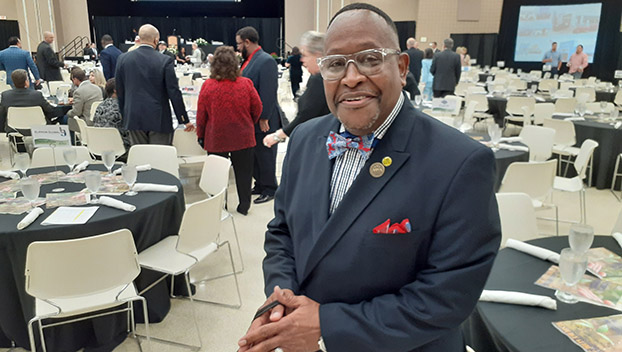 The new year will be about the future and past in Port Arthur as officials look forward to progress while celebrating the city’s 125th year.

Mayor Thurman Bartie touched on issues that have gone before City Council in recent years.

“We have several items on the proverbial agenda that we would like to see implemented, such as a consistency with our garbage pickup, continuation of the street repairs program and updating the drainage situation,” he said. “We have to ensure that we are on target with the different programs that we’ve gotten federal funding for because there are date requirements and restraints on spending those funds.”

Working on enhancing the city’s codes and ordinances to improve quality of life is also a goal for the immediate future, as well as the revitalization of Downtown.

“When we think about the Downtown corridor, the gentrification of Downtown and implementing the plan that we actually had done in 2015, the implementation takes place now — sticking with that plan or getting a new one if we can’t totally embrace that one,” Bartie said. “I’m for embracing what’s already in place.”

The mayor also touched on areas of the city that are under new leadership.

“In 2023 we have the opportunity of beginning a new administration in the (Economic Development Corporation) with the hiring of Mr. (Terry) Stokes,” he said. “We have met and set the parameters that we’d like to see from the administrative and government side, and he’s bringing it back to his board. Hopefully we’ll be able to work collaboratively to make sure we get the best results from the EDC.”

Stokes was officially hired in October through City Council approval. In December he told Port Arthur Newsmedia he mapped out a 90-day plan that includes stakeholder engagement, building and fostering new relationships and identifying priorities.

“George Davis has begun implementing changes on Pleasure Island that, I think, will cause Pleasure Island to be even more attractive to people who want the island life — the fishing, the boating, the other recreation that goes on there,” Bartie said.

“We’re seeing results right now. I’m happy to say that these things have taken place under my administration as mayor. I embrace what is going on and look forward to a win-win for the city and the citizens.”

Looking back in the future

Pat Avery, CEO and president of the Greater Port Arthur Chamber of Commerce, said 2023 is a “big, big year” in the city as officials prepare for the Quasquicentennial Celebration.

“The chamber is so happy to be involved in that,” she said. “We’re so happy to kick it off with our annual banquet honoring the City of Port Arthur. And it’s going to be, hopefully, a really good banquet and get the community excited about the year to come.”

“It’s a little early to be over 500 people so far, but we are,” she said. “If anyone is interested in a table or ticket, they need to give the chamber a call soon.”

While the banquet begins the Quasquicentennial Celebration activities, the steering committee plans to host something each month with a large celebration in October.

“We’ll pass on the history of our city to our young people,” Avery said. “That’s the most important thing. Most of us won’t be around for the 150th.”