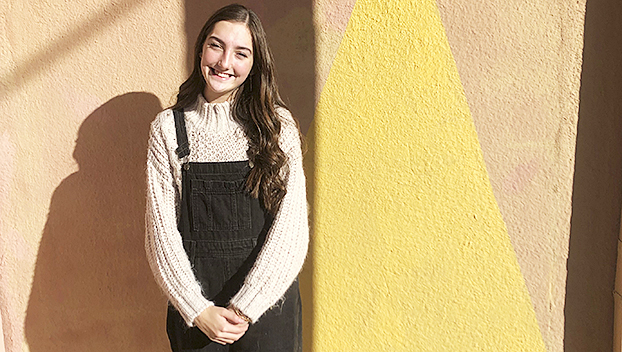 PORT NECHES — Kennedy Jordan keeps a smile on her face. So much so, the 18-year-old from Port Neches plans to make a career out of it.

After graduating from Port Neches-Groves High School this year, she plans to begin her journey of becoming a dentist.

“I find the mouth super interesting,” she said. “You can tell a lot of things by looking at a mouth. I’ve always loved smiling. So if I could one day help someone else smile, I’d like to be able to do that.”

She’ll start in Dallas, where she plans to major in biology.

“Fun fact, I’ve actually been accepted into Dallas Baptist University since my junior year,” she said. “So that’s a little brag moment for me.”

But the high school twirler has enjoyed being a part of a historic football season, which ended in December at the state championship game. 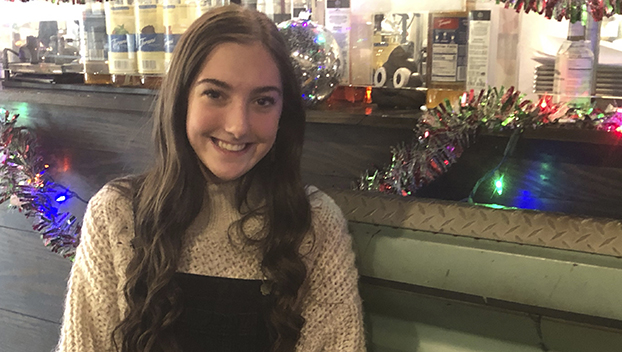 Kennedy Jordan plans to attend college in Dallas, where she will major in biology. (Monique Batson/The News)

But there was a pivotal moment in each game.

“When football still was going on, my favorite part was: after halftime, we had the most fun in the stands,” she said. “That’s when they started playing “Hey Baby” and “I’m a Little Teapot.” Before halftime we’re all like, ‘Are we going to drop in this performance? Is it going to be really bad?’ And after, no one cares anymore.”

“I thought, I’m in band and I’m in seventh grade and I might as well do something in high school,” she said. “And you get a belt and a headdress. I went with my sister, we went to class together, and I started twirling.”

The clarinet player is also highly active in the school’s journalism program, currently serving as press club president and yearbook editor, the latter of which she had envied earlier in life.

She’s heard the hardest part of the year is coming up with a yearbook theme.

“Last year’s theme was so broad, and we wanted to differentiate from that,” Jordan said. “But once we got it, we were like, ‘oh my gosh, this is perfect.’”

The theme is: Everything in Between.

“It’s everything that happens in between your freshman year and your senior year, and all the different routes you take,” she said. “I had no idea I would be a yearbook editor. I wanted to be a photo editor as a freshman.”

Jordan acknowledges seniors this year have gone through a lot, from the explosion at TPC group to the pandemic. But she is grateful they made it through.