Barbecue event organizers seek to add alcohol to the mix 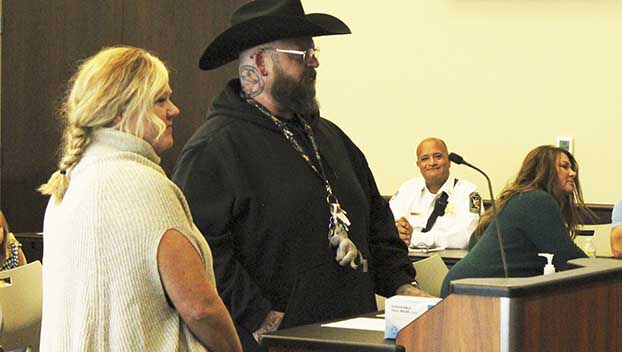 PORT NECHES — Organizers of SETX BBQ Festival are looking to add the sale and consumption of alcohol to their February event.

Port Neches City Council will hear the request during the 4 p.m. meeting Thursday at city hall.

The event is headed up by two local business owners — Juss Rabalais of Old West Smoke Company food truck and Heather Burton of My Tribe Nutrition.

The two already received the green light from council at the Oct. 20 meeting for the festival to be held from 2-8 p.m. Feb. 11 on Port Neches Avenue.

The PNEDC will meet on Jan. 24 to consider the request as it relates to their property.

Rabalais and Burton gave their original pitch to council several months ago with Rabalais saying the whole aspect behind the festival is “keep it local.”

The singer/songwriter will perform from 5-8 p.m. at Avenue Axe.

Burton said during the previous meeting that there would also be a separate area geared more toward family that includes crafts and other activities.

The goal, they said, is to bring more attention to Port Neches Avenue, as well as local entertainment and vendors.

There will be nine hand-selected food vendors, restrooms and hand washing areas. And there will also be security on hand.

“With hopes of becoming an annual event, this festival aims to bring an estimated 600 people to Port Neches Avenue its first year,” organizers wrote in a packet provided to the city.

All proceeds will go towards the Port Neches Police Officers Nonprofit Association. Created with the intent of creating a gym for the officers, the organization has since grown to include a Blue Santa program and funding help for National Night Out.