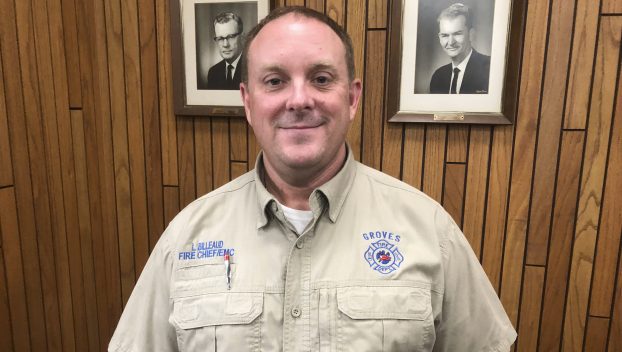 GROVES — A meeting set for Jan. 3 will set the path for how Groves will search for a new city manager.

The city approved a separation agreement with the now outgoing city manager D.E. Sosa during a special meeting Dec. 22.

Mayor Chris Borne said the council would look at the next steps in finding a city manager during the Jan. 3 meeting.

Borne said the city could not do anything official until that day, as it will be Sosa’s last in his position.

Billeaud said everything is in the early stages, and his first official day in the interim city manager role is Jan. 4.

While Billeaud is in the city manager role, Assistant Fire Chief Kelly Moore will assume the duties of chief.

Billeaud explained how he would handle stepping into the new position.

“It’s really going to be a group effort with all of the department heads,” Billeaud said. “I’m not here to make any changes, just to make sure the city runs smoothly like it has and make a smooth transition to the next city manager.”

“I’m really happy with my job as fire chief and emergency management coordinator,” he said.

The special meeting last week had almost 100 people in attendance filling the chamber quarters and an overflow room where the meeting could be viewed on a TV screen.

After nearly two hours in executive session, council members returned to announce they accepted Sosa’s separation agreement and would eliminate all other agenda items except to appoint an interim.

Mayor Borne asked for the motion to appoint Billeaud as interim city manager, which was approved by council.

Sosa had served as city manager in Groves for 20 years.

RELATED: Sosa reflects on 20 years in Groves ahead of retirement

– Monique Batson contributed to this story.