Plenty of Indians, Bulldogs on All-District 9-5A Team 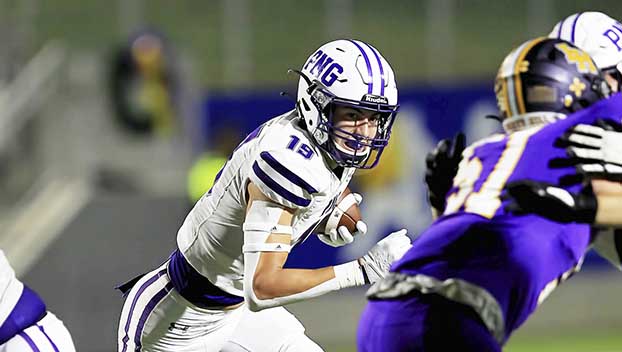 It was a season to remember for District 9-5A Division II, especially in Region III as the Port Neches-Groves Indians and Fort Bend Marshall Buffaloes advanced to the 5A Division II Region III Finals and played each other.

Of course, the Indians downed the Buffaloes 29-21 in that battle after absorbing a 35-14 loss back in district play.

PNG first-year coach Jeff Joseph went on to lead the Indians (13-3) to the Class 5A Division II State Championship Game, where they fell to defending state champion Dallas Oak Cliff 34-24.

The Buffaloes (12-2) picked up most of the superlative honors on the All-District 9-5A Division II Football Team due to winning the district title.

However, the Indians were well-represented.

Indians linebacker Mason Droddy was also First Team, along with Cole Crippen, who made it as a punter, and Andres Sandoval at kicker. 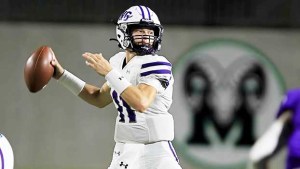 Port Neches-Groves signal caller Cole Crippen made the All-District 9-5A Division II Football second team as a quarterback and the first team as a punter. (Mark Pachuca/Special to The News)

Crippen made Second Team at quarterback, along with offensive lineman Mario Miguel, defensive lineman Isaac Baker, cornerback Dylan Lawless and safety Torryan Hinton. Adams made it as a utility player.

Bulldogs that made the Second Team include running back Hubert Thomas, linebacker Landen Caywood and punter Carter Piletere.

Here is the All-District 9-5A Division II Football Team as selected by the 9-5A head coaches: