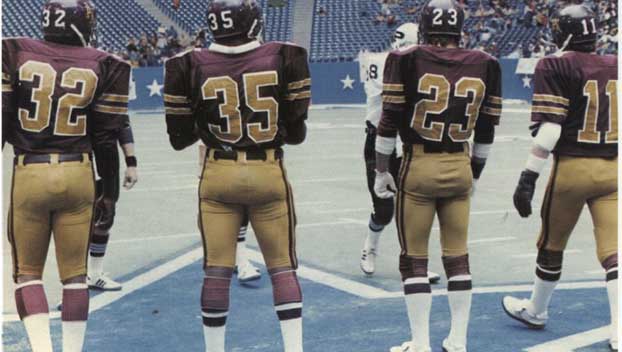 When I heard that PNG was going to state, one of the first things I thought of was when I was in the band in high school at Thomas Jefferson and the Yellow Jackets went to state.

The 1980 game (I graduated in 1983) was played at Texas Stadium in Irving, the home of the Dallas Cowboys at the time.

I played alto saxophone and my claim to fame, at least in my own head, was I marched across the tip of the Cowboys star. (Full disclosure-I didn’t perform a solo or do anything special other than marching with the rest of the band). 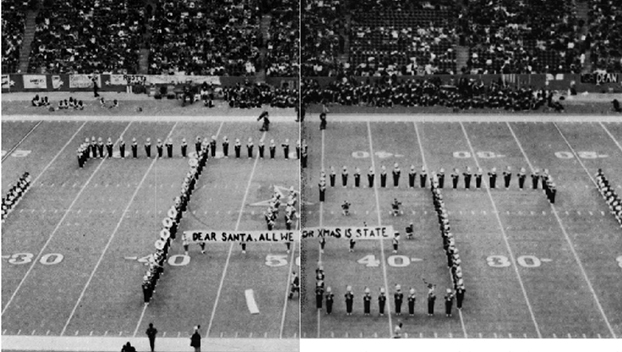 Of course I had to mention I marched across the tip of the star at the office when I heard about PNG going to state. Yes, all these years later I still tell that story.

TJ didn’t win that game, but I still have memories of that time at the Cowboys’ stadium, where more than 22,000 fans congregated to watch the two teams go head-to-head. I was miserably cold, my reed was broken to the point that I couldn’t play a single note and I didn’t have a spare reed with me.

I remember cheering, screaming and jumping up and down while watching the game. I remember some of the halftime show and a banner that said something like “all I want for Christmas is to win state” — or something similar.

I also had the chance to march in the Astrodome during the bi-district game leading to the state game — my little claims to fame.

And now there is a group students who have their own such memories that they will cherish, as well. They may not realize it now but 40 years from now they will be sharing their memories of performing at NRG Stadium and AT&T Stadium.

They will also have a community of people who share memories of the game.

I know if your hometown team doesn’t make it to the playoffs you generally throw your support to the next best thing, which is city/team next door. I’m sure it happened with TJ and I know it happened with PNG.

I saw the social media photos of Nederland, Bridge City and other fans loading up and attend PNG’s game in support of the Indians.

And that’s something else to be remembered for decades to come.