New women and children’s shelter to serve victims in 6 counties. Plea made to Port Arthur for help. 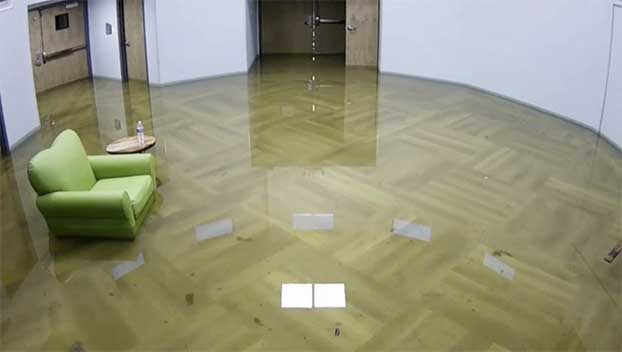 The Family Services Women and Children’s Shelter, currently located in Beaumont, is shown after flooding from Tropical Storm Imelda in 2019. (Courtesy photo)

As they prepare to build a brand new Women and Children’s Shelter, representatives from Family Services of Southeast Texas approached the Port Arthur City Council Tuesday in hopes of securing some funding for the $10 million project.

“We’re coming back and we’re knocking on your door,” said Deborah Tomov, executive director for the organization that services Jefferson, Orange, Hardin, Tyler, Jasper and Newton counties. “I brought a very special person with me. She lives in Port Arthur…and would like to share her story.”

The young woman, who will not be named as she is a survivor of domestic violence and sexual assault, said she first contacted Family Services of Southeast Texas in April, not long after giving birth to her son.

But her son, she said, keeps her going.

Family Services of Southeast Texas operates the only women and children’s shelter in Southeast Texas. From 2017 to 2019, they served 3,159 survivors.

In 2017, Hurricane Harvey flooded the center with four feet of water, forcing the evacuation of all residents to other shelters in Texas and Louisiana. In 2017, three months before Tropical Storm Imelda, the Beaumont center reopened.

However, Imelda destroyed the renovated facility.

“We made essential repairs but decided to find a new location that would have less risk of flooding,” Tomov said.

It will be built in Beaumont; however, the location is not disclosed as to protect the residents. Tomov said they will have a satellite office in Port Arthur that will be staffed 24 hours in order to provide residents with transportation to the shelter.

“It’s a project that’s going to bring healing, hope and a chance at a brighter future,” Tomov said. “This is not just about a building, it’s about saving lives. That’s what we’re doing here. We are the only one that has a safe house that provides shelter for domestic violence and sexual assault victims.”

She said of the $10 million needed for the project, Jefferson County has supplied $5 million and another $2 million has been pledged.

“It’s near and dear to me,” said Councilman Thomas Kinlaw. “We all know someone who went through a process like that. To see those numbers, to hear those numbers that more than half are from Port Arthur is mind-boggling.”

His fellow council members echoed the sentiment and stressed the need to donate to the cause.

City Manager Ron Burton said he would be meeting with Tomov following Tuesday’s council gathering to view a potential location for the satellite office, and said the city would do any necessary work to provide Family Services of Southeast Texas with resources necessary to assist.

For more information on resources available through Family Services of Southeast Texas, call 409-833-2668.