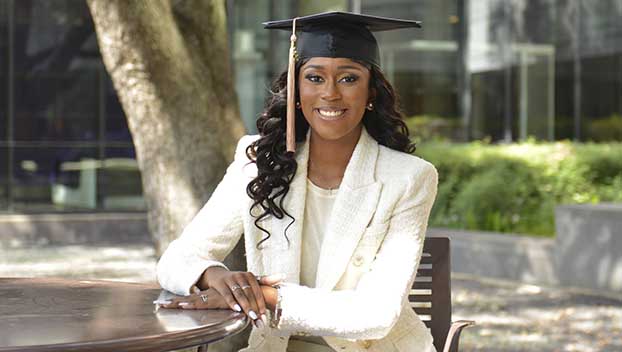 Years ago as a small child Kayla Broussard took a plane with her aunt to Dallas.

Her aunt wanted to see how she handled the flight and all went well.

Little did Broussard know she would one day be employed with The Boeing Company, which deals in aircraft. 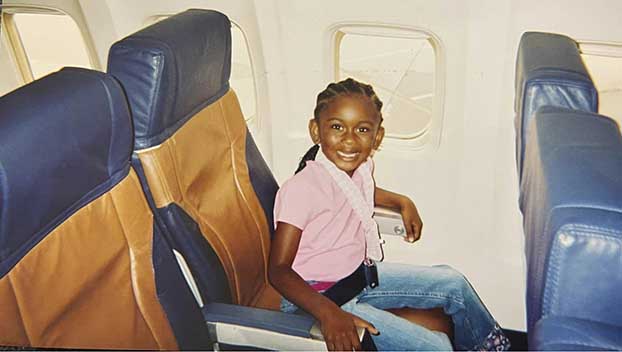 A photo of the first time Broussard took a flight. (Courtesy photo)

Broussard is a 2019 Memorial High School graduate and a Dec. 10 graduate of Prairie View A&M University with a degree in Management Information Systems. Early next year she will head to Seattle and start a new chapter in her life.

Her journey began at Memorial and continued to Prairie View, which is one of the 107 colleges identified by the U.S. Department of Education as Historically Black Colleges and Universities.

Broussard took part in The Summer Scholars Program at PV, just two months after graduation from high school. While most of her family and friends are engineers or engineering majors, she thought this would be her path — until she took a look at the coursework and saw it had math, so she decided to look at other options. This led to management information systems.

Broussard took part in programs through Halliburton and Boeing during her time in college, and she was on the honor roll and dean’s list at PV.

Her mom, Renee Broussard, said she is very motivated and when she sets a goal for herself, she’s going to go for it. 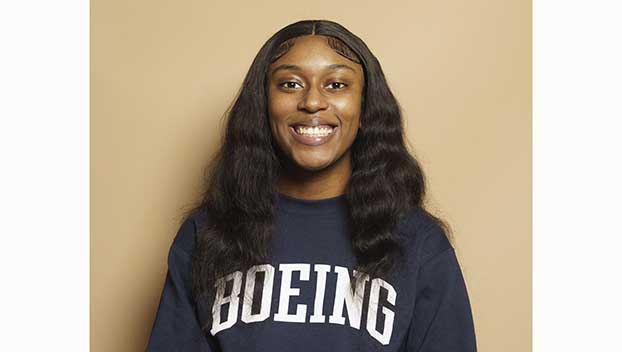 Kayla Broussard has been hired for work in Seattle at The Boeing Company. (Courtesy photo)

She also said her daughter is a natural leader.

She will work as a quality systems specialist, which is a person who analyzes data and finds a way to improve problems.

The move across the country brings a big change for Broussard.

“At first when I got the offer I was a little bit hesitant,” Broussard said. “I applied to different locations in Texas; Houston, Dallas and San Antonio and lo and behold I was denied all the positions in Texas. I felt it’s God’s plan to go to Seattle and that I travel a little.”

Broussard offered some advice to other students.

“Don’t limit your dreams to just what you see or what you’re comfortable with,” she said. “You’ve got to get uncomfortable to reach your goal. It’s when, in the times you are uncomfortable, that you meet that person you were meant to be and to follow that passion.”