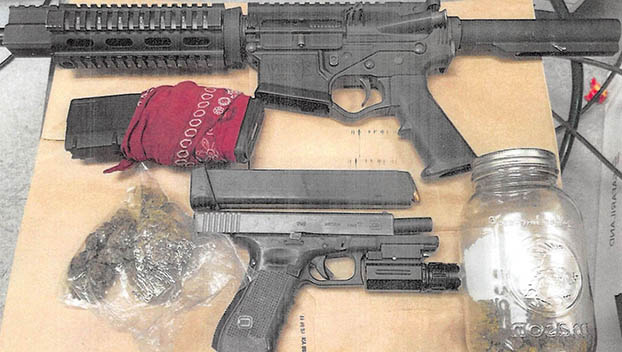 Police said two guns, one of which was an AR pistol, were confiscated from a vehicle Dec. 7 after a tip of suspected gang actions.

Between traffic stops and the work of a specialized crime unit, Port Arthur Police announced authorities have taken numerous guns and drugs off the streets.

The arrests occurred over a three-day period from Dec. 6 to Dec. 9.

Working in high crime areas, PAPD’s Narcotics and Guns Unit made a traffic stop Dec. 6 in the 3600 block of 29th Street.
A 16-year-old juvenile was recognized by police and arrested for a Directive To Apprehend and unlawfully carrying of a weapon. This juvenile is reportedly a self-proclaimed gang member and person of interest in several shootings, according to authorities.

The driver/owner of the vehicle reportedly consented to a search, and three handguns, one of which was reported stolen, were for unlawfully carrying a weapon.

Police said there were also two small children in the vehicle at the time of the traffic stop. 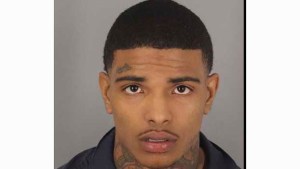 Bond for Eric Washington was set at $5,000, and he bonded out Dec. 8, according to the Jefferson County Sheriff’s Office,

A tip of suspected gang members with handguns hanging out at an apartment complex led to the second set of arrests by the Narcotics and Guns Unit.

On Dec. 7, the unit followed up on a tip at Villa Main Apartments, 901 Main, and found a suspect vehicle and reportedly saw the vehicle make a traffic violation. Officers attempted to stop the vehicle, and the driver attempted to evade them, according to police.

The vehicle was eventually stopped and two men were arrested. 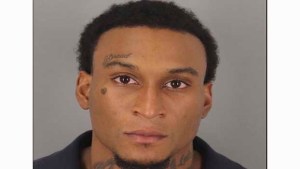 The driver, Nikolas Brentshawn Foreman, 22, was charged with evading a motor vehicle and unlawfully carrying a weapon. Bond was set at $25,000 on each charge and he bonded out of jail Dec. 10, according to the Jefferson County Sheriff’s Office. 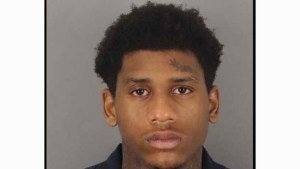 A passenger, Korwin Anthony Thomas, 18, was arrested on an outstanding warrant for unlawfully carrying a weapon with bond set at $5,000.

Police said two guns were confiscated from the vehicle, one of which was an AR pistol.

A 27-year-old Port Arthur man was arrested following a traffic stop Dec. 9 in the 300 block of 14th Street. The driver was reportedly observed not wearing a seat belt.

The officer allegedly smelled marijuana coming from the inside of the vehicle when authorities approached and the driver and passenger were removed from the vehicle, police said. 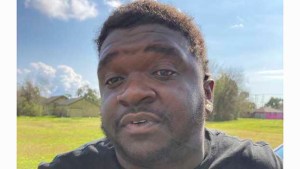 According to police, a handgun was found in the waistband of the driver, D’Marc Cole, 27, who was arrested for unlawfully carrying a weapon.

Marijuana was also found in the vehicle and seized. The passenger was allowed to leave.

According to the Jefferson County Sheriff’s Office, Cole’s bond for unlawfully carrying a weapon was $2,500 and he also had two failure to appear warrants with bond at $500 each. He bonded out of jail Dec. 10.

The case will be submitted to the Bureau of Alcohol, Tobacco, Firearms and Explosives.

Duriso said referring a case to ATF such as this is standard procedure because there are guns and drugs involved.

He said PAPD partners with ATF, adding the police department has an officer work with ATF on federal cases.

Duriso said the Narcotics and Guns Unit plays an important part of the department.

“What they do is not tied to responding to calls for service,” Duriso said, adding the specialized unit creates a plan and focuses the plan on where calls are located. For example, if they hear of multiple calls for shots fired, a unit will be sent there to keep an eye on the situation.

In addition, they have made some “amazing arrests” during traffic stops, Duriso said.