Fans from Port Neches, Groves and beyond kept a strong spirit throughout the championship game 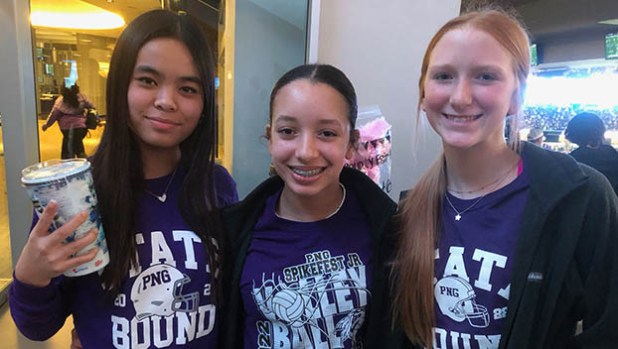 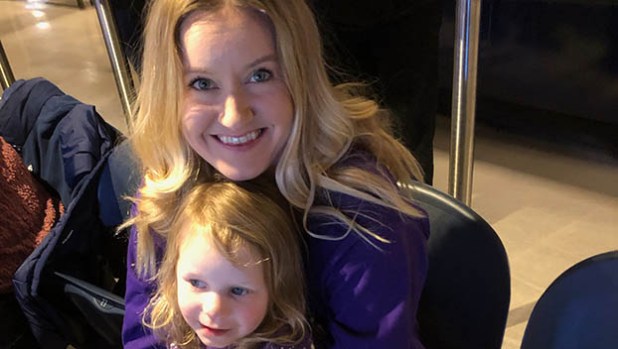 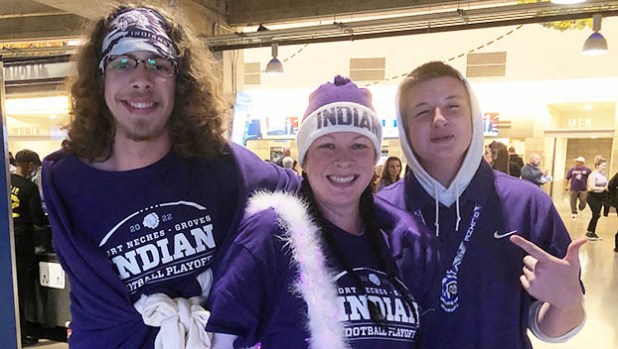 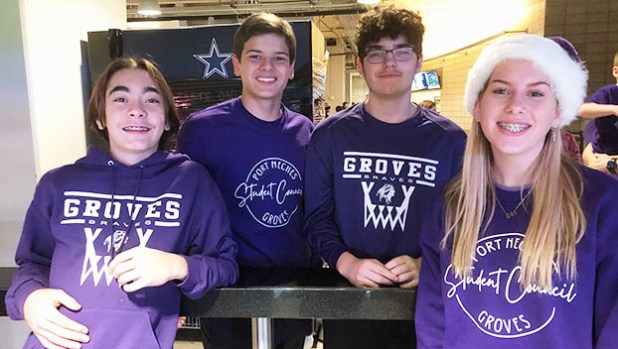 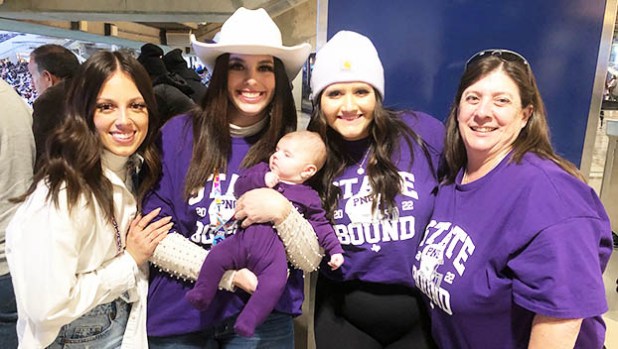 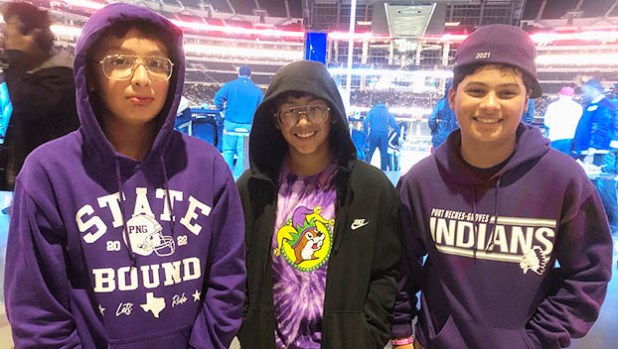 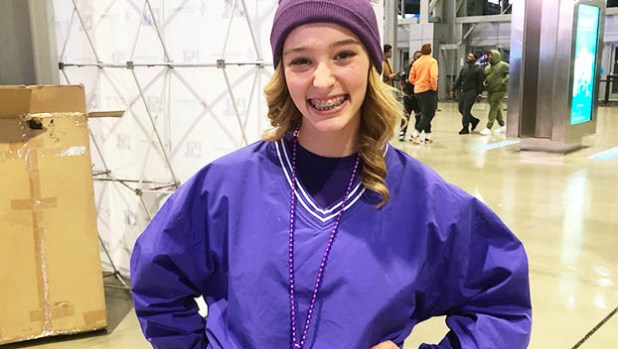 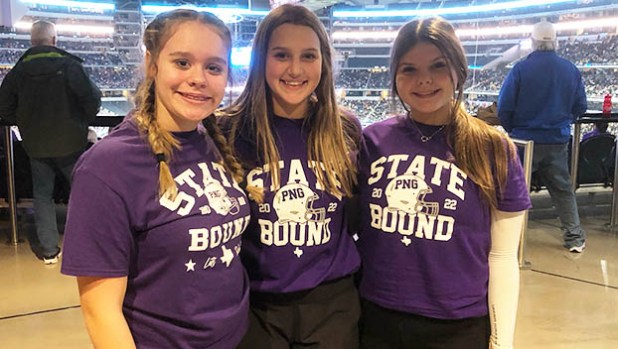 Cayley Mercer, Molli Lira and Mollie Heling are all smiles during the game. (Monique Batson/The News)

ARLINGTON — While the scoreboard might have displayed 34-24 at the last moment, for the tens of thousands of Port Neches-Groves supporters, it might has well have been in their favor.

Even through a tense second half, those who spent moments biting their nails would gleefully cheer and dance when they saw themselves on the jumbotron at AT&T Stadium for the 5A District II state championship game.

Decked in purple and white and wearing wampum beads, Whitney Camero fit right in as the Austin resident cheered alongside friends and family.

It was her first time to see PNG play.

Johnna Hooker’s husband, Jacob Hooker, is a baseball coach for the high school and said there has been a lot of enthusiasm and excitement in her house this season.

Nederland High School seniors Tanner Garcia and Josh Underwood, alongside class of 2024 graduate Nash Leonard, were proudly sporting their black and gold while cheering on their neighboring team.

“If it was Nederland in the state championship, I think it would go the other way,” Nash said.

“I know my family would come,” he said.

Claire Deleon was clutching her custom-made clear bag that had been decked in purple and white while standing with two of her children who attend PNGHS. The now-Indian graduated from Thomas Jefferson High School in Port Arthur, which was once considered to be a huge rival to PNG. So she was familiar with the school. But all six of her children have been Indians.

“There’s a lot of people that I went to school with that are in PNGISD,” she said.

Her son, Layne Tucker, said the last week has been “crazy” at PNGHS.

“Everyone’s been wearing leg paint and face paint,” the high school junior said. “She made (the bag) herself, and a lot of people at school have been making things like that.”

But his brother said the energy hasn’t been much different than it normally is, which is always at a high level.

“It’s been normal to me,” Jaxon Leblanc, a sophomore, said. “It’s always full of spirit. It’s the same every year. We have the same energy for every game.”

And that energy was undeniable as PNGHS fans filled five levels of seats across the stadium while standing, dancing, and cheering as if they were at a concert. The unofficial count in the stadium was 32,100.

“We were all hyped to come here,” said Kyle Coker, who attends Groves Middle School. Coker was with his sister Carly Coker and friends Aiden Hurst and Keatin Clary.

“It’s been fun,” Hall said about the days leading to the state championship game. “Everyone was so excited for this game. It’s a good experience I’m glad our school had.”

And that statement was visible through the approximately 240 band members as they unloaded from charter buses and filled into the stadium with excitement.

It was seen across Interstate 45 where every few vehicles were covered in purple and white letters on their windows.

And during the game, in Section 223, one fan brought the spirit of the team from 1999 — the last PNG team to play in the state championship.

He watched the game in the championship shirt from that year with the signatures of the players around the roster on the back.