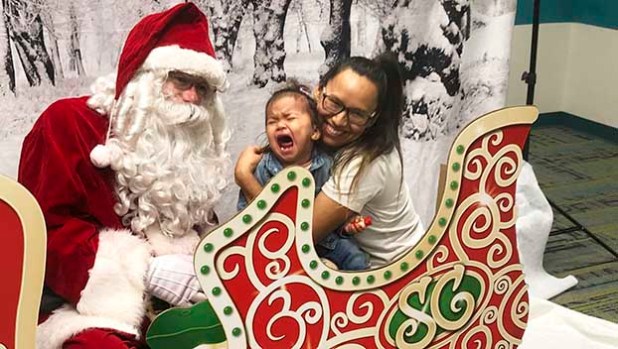 Jolene Gonzalez, 1, was unsure about Santa during story time at the Marion and Ed Hughes Library in Nederland. (Monique Batson/The News) 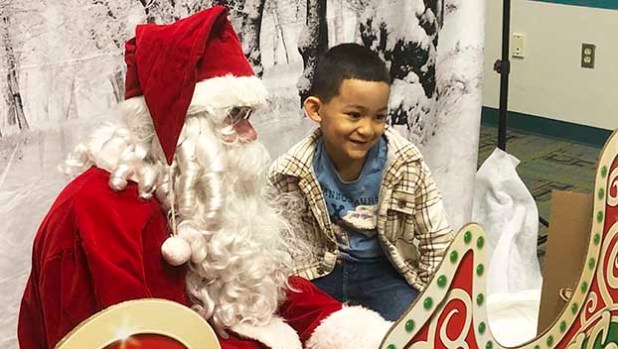 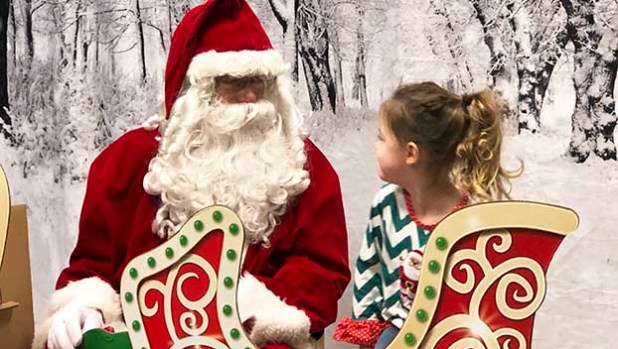 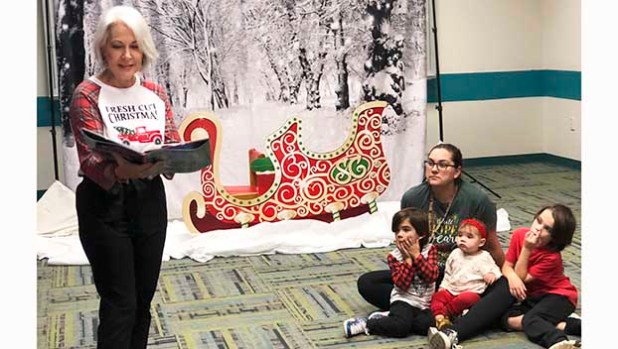 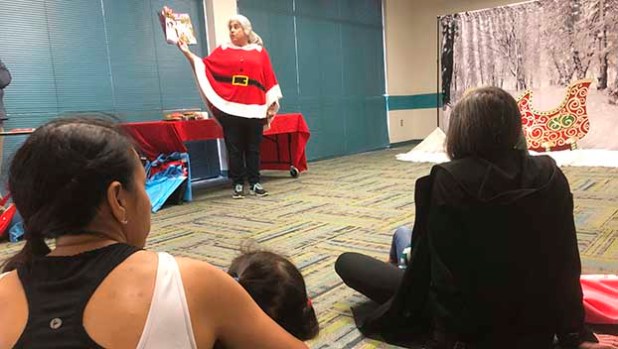 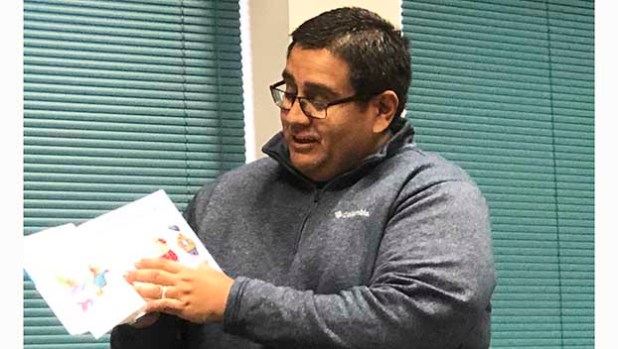 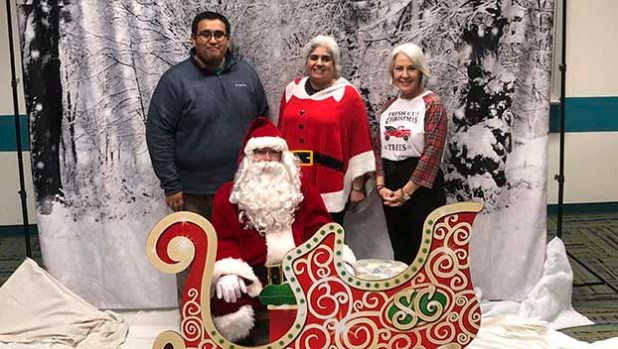 NEDERLAND — Harper Mandolfo knew exactly what she wanted for Christmas. The moment Santa walked into the room at the Marion and Ed Hughes Library, she was visibly excited to tell him about it.

When Santa told the children he was going to sit down so he could hear their gift wishes, Mandolfo yelled, “a snowglobe.”

And the answer didn’t change as she gleefully sat next to him.

Until he asked her if she was certain that was all she wanted.

“And drums,” she replied as her mother, Ashley Mandolfo, laughed.

Santa said he, too, likes to play the drums, as he visited with children during the library’s annual Story Time with Santa.

Library Director Molli Hall said it has been a tradition for approximately 10 years, with a break during 2020 when they broadcasted a virtual event.

“It’s pretty popular,” she said. “The fact that they can come and can take (pictures) with their own camera, and we set it up to where they don’t have to sit on Santa’s lap.”

A few of the younger visitors opted to bypass the special guest as parents utilized the holiday backdrop and sleigh prop for photos.

Also in attendance were Councilwoman Sylvia Root and City Manager Chris Duque, who, along with Hall, read Christmas-related books.

“And Froggy comes with voices because I’ve done this for my kids before,” he told the crowd before starting.

After listening to the stories and visiting with Santa, the children enjoyed cookies and gift bags with items such as craft materials and ornaments.

“You get to see the kids and they enjoy it,” Santa said. “They smile; they’re happy. It kind of gives them a little bit to believe in other than believing in Jesus Christ. It’s fun, and the parents get a good, free time out of it too.”

When not at the North Pole, he can be found at City Hall in IT Director William Spell’s office.