Local men sworn in as Port Arthur officers, both followed dream to career 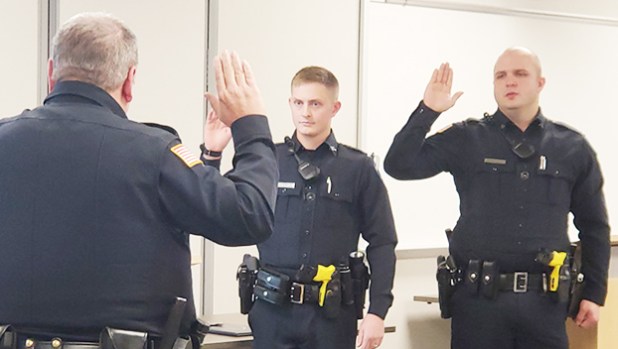 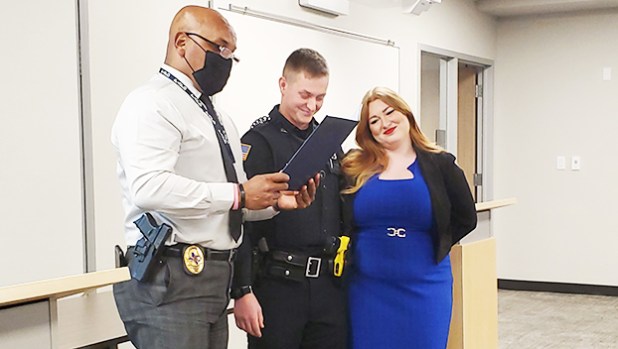 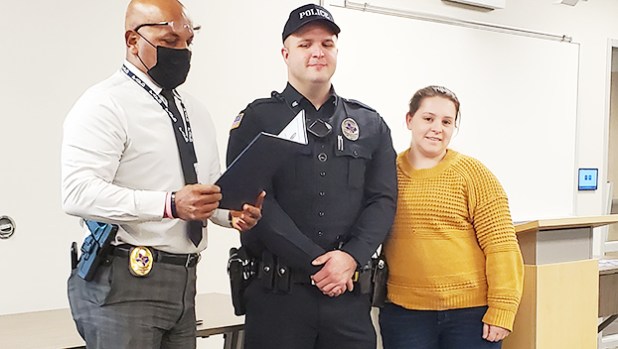 Two local men are making their dreams a reality by joining the Port Arthur Police Department.

The oath of office was administered Thursday to Officer Charles “C.J.” Forsythe and Officer Matthew Munselle in a ceremony at the Press Building across from city hall.

Forsythe worked as a forklift operator prior to becoming a police officer. Growing up, he took part in a youth Police Explorer Program and was inspired by an officer to become one himself, he said.

Forsyth’s fiancé Kelsey Midkiff had the honor of pinning his badge.

Munselle has also been chasing the dream of becoming an officer.

Prior to this he worked as a corrections officer.

“I’m super excited to get out and serve the public,” Munselle said, adding this has been a dream from an early age.

Deputy Chief Michael Fratus said the job of a police officer is rewarding and thankless, but no one is an officer for the pats on the back.

“What you’ll soon learn while wearing this uniform is that you’re not just a police officer, you’re going to be a counselor, a therapist, an arbitrator, a laborer. You can’t imagine all the roles that you’re going to be asked to take. That one central role you’ll always play is that of a problem solver,” Fratus said. “You’re going to learn that your discretion can result in life changing results for the people you encounter, and that’s a hefty burden to carry when you think about the gravity that it carries.”

Fratus spoke of a simple rule learned as children that goes a long way in the profession.

Fratus said the new officers are about to begin one of the most thrilling experiences of their lives and one that is like no role coaster they’ve ever ridden. It is not for the faint of heart, and there is no shame in reaching out to others when times get tough.

Fratus also addressed the families of the officers, asking for their support and understanding as the men move into their new careers.