Brothers Clarence, Jimmy Picou to be inducted into Museum of the Gulf Coast 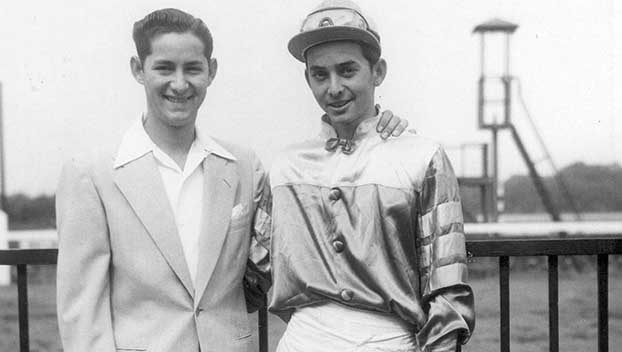 Clarence and Jimmy Picou were successful as jockeys and horse trainers. (Courtesy photo)

Clarence and Jimmy Picou are two of five people being inducted into the Museum of the Gulf Coast’s Sports Hall of Fame at 2 p.m. Saturday.

The event starts at 2 p.m. at the museum, 700 Proctor St. in Port Arthur. All are welcome.

Jimmy and Clarence were born outside Beaumont in Labelle and were two of 16 children in the Picou family. The family grew up together on a farm and went to school locally in Beaumont.

One day, Jimmy and Clarence were approached by a man who asked if they were interested in becoming jockeys, and the two brothers responded with a resounding “yes.”

The brothers then went to a farm outside of Houston and started training as apprentice jockeys, according to Suzie Picou, daughter of Clarence Picou, and eventually made their way to recognized racetracks following stints at smaller tracks known as bush tracks.

Clarence Picou received his first win at the Fairgrounds racetrack in New Orleans, Louisiana, in January of 1948. 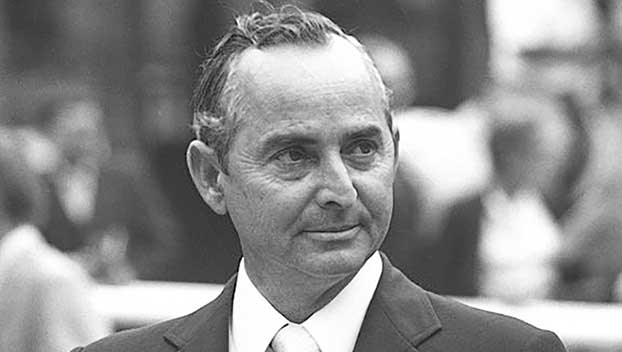 Clarence then went on to race on tracks along the east coast in Florida, Maryland, Rhode Island and New York with 1,337 mounts, 280 first place wins, 211 second place finishes and 162 third place finishes, earning $545,730 his first year in 1948 (jockeys typically earn 10 percent of the horse’s earnings).

Clarence also won five out of five races on June 24, 1948, at Narragansett Park. Due to these accomplishments, he was named the leading apprentice jockey by Life magazine and was also named the second leading jockey overall in 1948.

Life magazine said, “In his first year as a professional, he had ridden 270 winners through Dec. 16 — more than any other jockey with the exception of California’s veteran Johnny Longden,” who was the leading professional jockey of that year.

Clarence continued racing through 1955, despite having to take a break due to being drafted by the U.S. Army to serve in the Korean War. He retired from horse racing and devoted himself as a thoroughbred trainer from 1963 through 1998.

As a trainer, his horses received 884 first place wins, 871 second place finishes and 763 third place finishes, including 51 stakes winners and five graded winners, earning $7,691,662 that Clarence received 10 percent of as a trainer.

Clarence’s horses included Louisiana bred and born Free Spirit’s Joy, which won the grade 1 Louisiana Super Derby in 1991. At the million-dollar race, there was a filly named Lite Light, which Clarence’s horse competed against and defeated.

Horses included Mr. Brick, who was a grade 1 winner of the Sapling Stakes race and Withers Stakes and finished sixth in the 1964 Kentucky Derby.

Val’s Prince was one of Jimmy’s most successful horses who was a grade 1 winner and won the Hong Kong cup against one of the Hong Kong emperor’s horses. 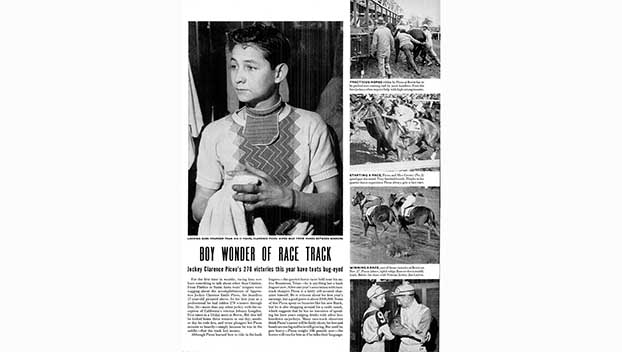 Daughter of Clarence Picou, Suzie Picou, said horse racing was and is always a part of her life due to her father Clarence’s and her uncle Jimmy’s accomplishments.

“It all became part of our life, kind of like being a military kid,” she said. “We would end up gathering for big races. It was a time when the family would gather to meet and share the win or the loss or whatever it turned out to be.”

While Jimmy and Clarence influenced others in the horse racing industry through their fame and accomplishments, they were also mentors and teachers throughout their career and also trained locals.

Suzie said she is honored to be one of the people mentored by her father and her uncle.

“When I talk about people being mentored — from the time that I was 5 or 6 years old, I knew (horse racing was) what I wanted to do,” she said.

Suzie said her father gave her lessons over the years until she got the chance to be a jockey out of high school alongside her father. Because of this opportunity and experience she had being raised by her father, she is forever grateful and understands why her father has so much admiration.

“So he was my mentor, my teacher and the person who gave me a chance,” she said. “And I think because of that, I understand why other people have so much admiration for them because he and Uncle Jimmy both gave so many people chances.”

To enter the Museum of the Gulf Coast Hall of Fame, Director Tom Neal said there has to be notable accomplishments that makes the person stand out.

“There are a lot of people that have a lot of talent from here that don’t get recognized in here,” he said “To get to this level you have to have a few breaks and a few things kind of go your way, in addition to the fact that you are capable.”

The Museum of the Gulf Coast currently has 200 people in the Hall of Fame, and that number will grow as the museum inducts the Picou brothers and three others on Saturday Dec. 17.

For more information about the Museum of the Gulf Coast, visit museumofthgulfcoast.org.