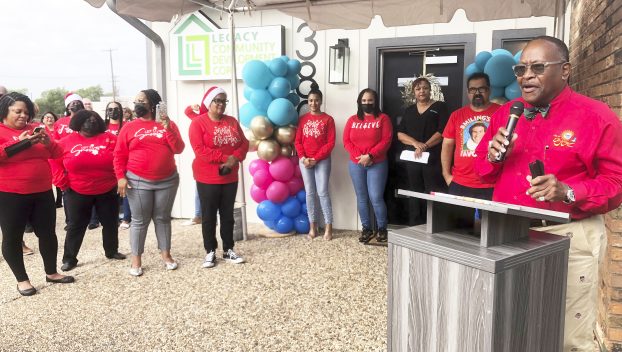 A Port Arthur nonprofit celebrated not just the opening of one new door but also the future opening of hundreds.

Legacy Community Development Group, which works to develop affordable housing in the region, hosted an open house and ribbon cutting Tuesday for a new location on Park Lane. The building, purchased in 2017, opened earlier this year following extensive renovations.

“After Hurricane Harvey, our office was flooded — our original office two doors down — we briefly closed our office and started working on replacing, rebuilding,” said Vivian Ballou, executive director of Legacy CDC. “And during that time, I lost all of my staff. They all were displaced and moved to North Texas. While we were rebuilding our building, we were also rebuilding our staff.”

At that time, Ballou purchased a vacant building on the street and began a five-year renovation process. 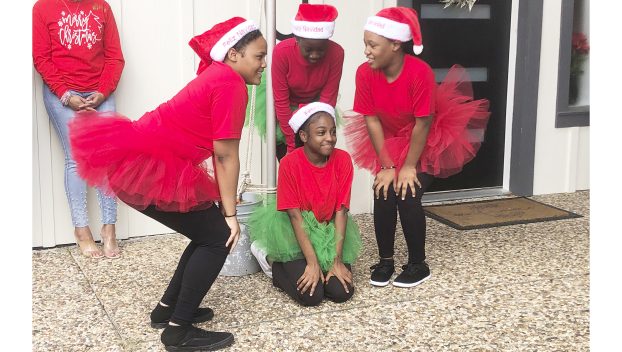 “To us Hurricane Harvey was sort of a blessing in disguise. We were a small organization. We didn’t have much,” she said. “And so we were blessed by insurance to be able to replace everything that we lost. We moved to this building and everything perfectly fit. I believe we were being prepared for this place. There’s a saying that says, ‘Not all storms come to disrupt your life; some come to clear your path.’ And I believe that’s what happened with us.”

The first floor was completed in February. But when Ballou heard that Jefferson County needed assistance with their rental program, they began renovations on the second floor in hopes of being awarded the contract.

“On the day we signed our contract with Jefferson County, we had six employees. In 30 days we grew to 26 employees,” she said. “I don’t believe in coincidences. I believe that God placed a dream in my heart for Legacy back in 2017 when I purchased this building, and he knew that we would need this building to carry out His will for our organization. So I feel our obedience and service to…the Port Arthur citizens has brought us to this day to this building at this moment.”

Mayor Thurman Bartie spoke on the opening of the new building, as well as Legacy’s impact.

“On behalf of the City of Port Arthur, we congratulate you,” he said. “We honor you and your staff for all that you’re doing to help Port Arthur and help the citizens with a better quality of life and to provide housing to the citizens from all walks of life.” 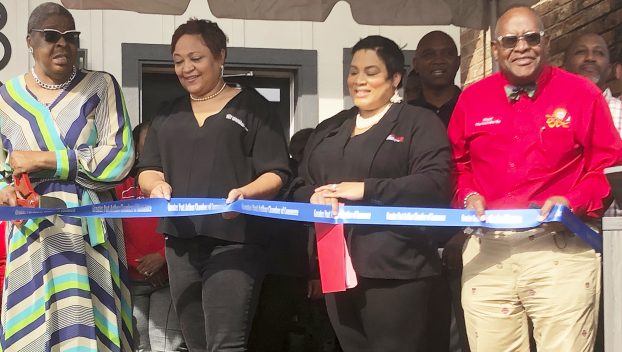 Bartie mentioned a partnership between Legacy and the City of Port Arthur that was directly impacted by a related proposition placed on a previous ballot, saying neither he nor council members were aware of the implications.

“There was a program that was removed from Legacy that I am going to work toward returning to Legacy,” Bartie said. “I have a council that agrees…with me on this program, because there are things that we would like to do in Downtown Port Arthur that you began. And I was wondering for the past 24 months what was going on. Myself nor the council is totally aware of how this happened.”

Ranoda Lee with the Port Arthur Economic Development Corporation expanded on the program.

“We started a partnership with Legacy a few years ago, and from that initial visit, Living It Up Downtown was brought into fruition,” she said. “This partnership allowed the (Port Arthur Economic Development Corporation) to provide down payment assistance up to $30,000 for those who qualify.

“From this amazing project, approximately 23 homes were built in that area. Must I say those homes were very beautiful. It has been a pleasure working with Vivian and her team, and we look forward to hopefully a future partnership.”

The nonprofit, which originated in 2006, also owns an affordable rental complex in Vidor.

Ballou said currently Legacy CDC is working to spread the knowledge of their Homeowner Assistance Funds program, which helps homeowners who are behind on mortgage, taxes, insurance or utilities.

While the program is directed towards those suffering financial hardship due to COVID-19, every homeowner is applicable.

“Everyone has been impacted by COVID — the whole country,” she said. “So if you are paying higher food or gas prices, you have been impacted. It is anyone who has been economically affected.”