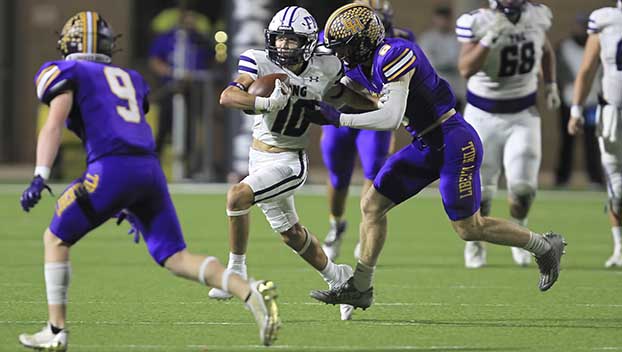 Unless you spent the last couple of decades linked to Todd Dodge-coached teams, lived in West Orange long enough to watch the Mustangs make eight trips to the state football finals from 1986 through 2017 or are aligned with mega powers like North Shore or Katy, being part of a run to the Texas championship game is a unique experience.

That’s not to say playing at AT&T Stadium, aka Jerry World, the final week of the season isn’t special for the elite, but it’s just different and more memorable for those who spend years dreaming of what it’s like.

Such is the case for Port Neches-Groves and its legendary following this week.

The Indians, who face defending 5A Division II champ South Oak Cliff Friday night, have been there and done that, but it’s been 23 years. Prior to tangling with Stephenville for all the marbles at the Astrodome in 1999, it had been 22 years since the previous PNG title run.

And the Indians are the exception in Mid County and Port Arthur.

Only one other school — Port Arthur’s Thomas Jefferson in 1980 — has made it to the finals in the last 50 years. TJ, of course, no longer exists. Nederland got as far as the semifinals in 2001.

If you include Beaumont, West Brook has been there twice — the Bruins won it all in 1982 — and now shuttered French played for the title once.

So, rather than write about golf this week, the guy who was sports editor at the Port Arthur News from 1972-2015 is going to take a trip down state finals memory lane over that period. It makes sense considering the conversations at Babe Zaharias have resonated with PNG’s domination of playoff foes the past five weeks. 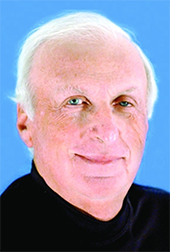 Before starting to reminisce, congratulations to Indians coach Jeff Joseph. To accomplish what he has in his first season at PNG is absolutely mind blowing. I don’t recall ever seeing it happen. After a shaky season opener, the Indians have clearly gotten better and better. There has been some serious coaching going on.

Looking back, way, way back, there are only four title runs to review since 1972, and PNG authored three of them. Beyond that, the Indians put together a four-year stretch from 1974 through 1977 that elevated them to the pinnacle of Texas High School football during those years.

Those Indians teams were 15-3 in playoff games over a four-year span, with the three loses by three, seven and seven points. It’s not a reach to say they could have claimed four consecutive championships. After winning the title in 1975, they were rated No. 3 in the nation.

Going hand-in-hand with PNG’s success on the field was a growing reputation as a high school with an outsized following. Port Neches and Groves were the epitome of the Texas small town saying on Friday night about the last person to leave please turn out the lights.

The crowd of 49,953 for the Plano game stood as a national high school record until 2013. It’s still No. 3 in Texas all-time, but No. 1 when you are talking the only game of the day. During that 1977 journey to the finals, the smallest crowd to watch a PNG playoff was 25,335 for the bi-district game.

Then it was 33,386, 38,750 and 32,043 for games in the Astrodome. Over the five playoff games, PNG’s average attendance was 35,947. Those are numbers many colleges below the top level would kill for. Think about what it felt like for a bunch of high school football players.

The best may be yet to come on attendance. If South Oak Cliff coach Jason Todd gets his way, and PNG fans and those who jump on the Indians bandwagon show up in big numbers, the two schools will be part of a national record. Todd is beating the drums for a turnout of 60,000.

PNG’s one state title in the 50-year window of this column was a testament mostly to its defense and to great coaching from Ethridge and his staff. His third season at PNG, after reaching the semifinals in year two, saw the Indians go 14-1.

In the 20-10 championship win over Permian, PNG prevailed despite a 19-8 deficit in first downs and being outgained 268-146. The difference was a defense forcing five turnovers, including a 38-yard TD on a fumble return by Jack Collazo. QB Richy Ethridge scored on runs of 14 yards and 1 yard.

An interesting footnote to the victory was it marked the first time an area school since Port Arthur High (later TJ) in 1944 claimed the state championship in the largest classification.

When Matt Burnett coached the Indians to the championship game in 1999 against Stephenville and Art Briles – remember him – 39,102 mostly purple-clad fans turned out at the Astrodome. PNG came up short, 28-18, against what was a clearly superior team. Briles’ QB son Kendal and an innovative offense was just too much for the Indians.

It was no fault of the Indian Spirit, a future PGA golfer named Chris Stroud, who traveled all night to get to Houston and danced his heart out.

The favorite memory of that title run was PNG’s dramatic, 16-13 semifinal win over undefeated Schertz Clemens at Kyle Field. Texas A&M-bound QB Dustin Long drove the Indians 79 yards in eight plays and scored the winning TD with just more than two minutes left. It was as good a clutch drive against a great team as I’ve ever seen.

Meanwhile, down the road in Port Arthur 19 years earlier, a joy ride to the 5A state championship game ended in utter dismay. Ronnie Thompson’s 1980 TJ Yellow Jackets were an offensive machine, the likes which had seldom been seen in Texas. They were favored to shell Odessa Permian.

TJ jumped out to a 19-7 halftime lead in frigid Texas Stadium, then things shockingly unraveled. Permian wound up winning 28-19. Instead of being crowned one of Texas’ all-time great teams, the Yellow Jackets were left to lament the only one that didn’t bite the dust.

So now the championship ball is back in PNG’s court. The Indians, as pretty much has been their history, go in as the underdogs against the defending state champs. They will probably need to play their best game of the year to win.

Let’s hope that record-setting crowd South Oak Cliff’s Todd is pushing for gets to see PNG write another inspirational chapter in its playoff history.