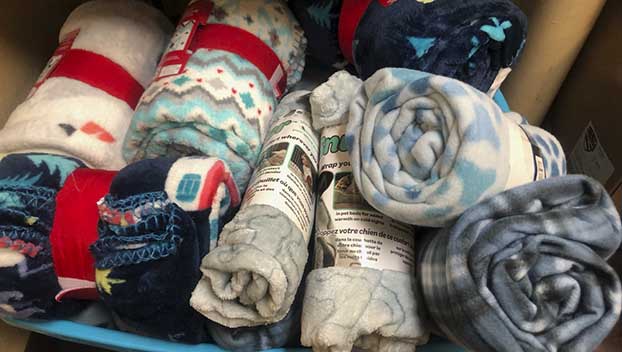 Small fleece blankets are being collected for the cats and dogs at the Port Arthur Animal Shelter. (Courtesy photo)

Christmas is coming early for the cats and dogs at the Port Arthur Animal Shelter.

The pooches and kitties will be the recipients of blankets and bowls later this month.

Officer Wendy Billiot came up with the idea of collecting blankets and ran it past the director of the animal shelter, who said there was also a need for bowls.

Billiot is the person behind last year’s idea to collect cereal for those in need. 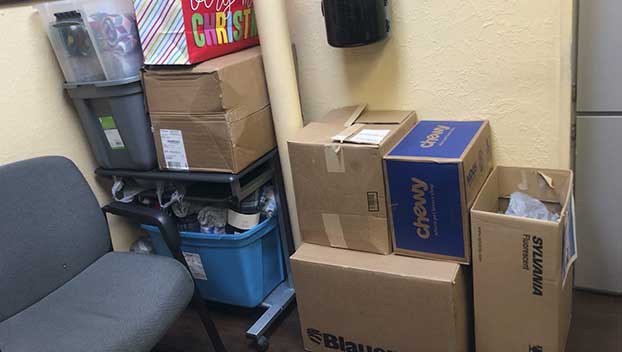 Boxes are filled with donated blankets and bowls for the city’s animal shelter. (Courtesy photo)

The Blanket and Bowls Drive has been successful.

“We opened it to the community, because we found that people enjoy being part of these drives where other people or animals benefit,” Billiot said.

She said practically anyone can take part in the drive because the small blankets are priced low.

The drive began Nov. 28 and runs through Dec. 21. Police are seeking donations of small fleece blankets and food bowls for cats and dogs in large and small sizes. New blankets and bowls are preferred, but gently used ones are accepted.

The items can be dropped off in the lobby of the police station, 645 4th St.

Billiot said they received a donation from Chewy, a pet food and pet related item retailer after a woman emailed a flyer of the event to the company.

During discussion this week by the Port Arthur City Council, a city official said, the animals are “basically in a closet” when demonstrating the urgency for a new shelter.

The city is in the works to build a facility at the site of the former St. Mary Hospital.