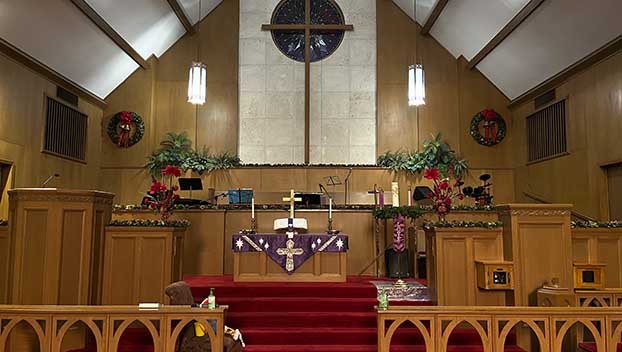 After nearly half of the 598 churches belonging to the Texas Annual Conference of the United Methodist Church opted to disassociate from the denomination, one local church has voiced its intent to “stand tall amidst the turmoil.”

The First United Methodist Church of Groves this week sent a statement saying they are committed to the Wesleyan tradition of Bible-based worship.

“We are a loving, growing church providing a safe landing place for Christians who want to follow John Wesley’s way,” Rev. Steven Diaz said in the statement.

The TAC, which includes Southeast Texas, is one of four UMC divisions in the state, all of which have seen or are expecting to see the mass disaffiliation of congregations.

According to information from the Texas Tribune, the reason behind the exodus stems from years of disagreements on gay marriage and abortion.

“Hundreds more are expected to similarly depart in the coming months after getting final approval from church leaders and join the Global Methodist Church, which would follow the same beliefs more conservatively,” the Tribune wrote in an article published Dec. 3.

The Texas Annual Conference of United Methodist Church voted the same day in a special session to approve the disaffiliation of 294 of the 598 churches seeking it. Out of 1,245 votes, 93 percent were in favor of the move.

The TAC includes congregations in Beaumont, Houston, Galveston and Tyler, among others.

“More than 300,000 individuals were members of the Conference before the fateful decision,” the TAC wrote in a Dec. 4 notice of the vote.

Are churches that have opted to leave the UMC include: