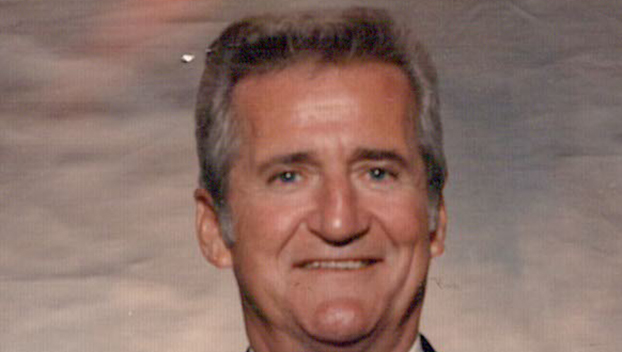 A Visitation for family and friends will begin at 5:00pm with a rosary recited at 6:30pm, Thursday, Dec. 8, 2022, at Levingston Funeral Home in Port Neches.

A Mass of Christian Remembrance will be held at 10:00am, Friday, Dec. 9, 2022, at St. Elizabeth Catholic Church with Rev. Jim McClintock officiating.

A reception will follow next door at Hebert Hall.

A graveside service with military honors will be scheduled for Oak Bluff Cemetery at a later date.

He had one sister and four brothers: Betty, Harris Jr., Norvel, Ronnie, and Donnie. Tommy’s major accomplishments began early in life when, as a sophomore, his team won the 1953 All State 3A Football Championship for Port Neches High School. He was also on the track team.

Having a strong desire to join world endeavors, Tommy decided to leave high school to enlist in the Army. He was soon deployed to Korea where he fought in Recon Special Forces, 24th Infantry, 8th Army.

While teaching demolition training to the III Corp and NCO Academy at Fort Hood, he earned his GED with exceptional scores.

After fulfilling his duties as Sgt. 1st Class, he remained active in the National Guard Reserves until 1962.

Following the completion of his military commitment, he began his professional career in electrical and instrumentation (E&I) by becoming a member of Pipefitters Local #195.

He went on to teach E&I at multiple venues, including Lamar and Perdue Universities. He served as owner and administrator of 2 local E&I companies, Turnkey Controls and Magnum Inst. Later, he would expand his horizons while independently contracting his services out as Chief Inspector for multiple industrial pipeline projects all over the country.

He contributed over 50 years to his profession. His strong work ethic carried over into his dedication to the betterment of his community.

In addition, he participated in community efforts as a member of the Sertoma Club and as the Pres. of Sabine Council (BSA).

Unsurprisingly, he was chosen for the Outstanding Young Men of America award. In his leadership role as the Pres. of the Chamber of Commerce, he attended President Ronald Reagan’s Inaugural Address in 1981.

As firm as his work ethic was, it couldn’t compare to his devotion to his faith and his family. He was a dedicated member of St. Elizabeth Catholic Church as a Eucharistic Minister, and a 4th Degree Faithful Navigator for the Knights of Columbus.

Tommy was preceded in death by his parents Harris Sr. and Olga Dorsey, his brothers Norvel Dorsey and Harris Dorsey, Jr., his previous wife Thelma Chambers Dorsey, and his stepson Nathan Placette.

He is survived by the love of his life, his wife of 32 years Mary Dorsey of Nederland, his daughter Tracie Knobloch and son-in-law Kurt of Lumberton, daughter Tara Burton and son-inlaw Tab of Lumberton, step-son Paul Placette and daughter-in-law Alicia of Nederland, stepson Thomas Placette with Michelle Guidry of Port Neches, step-daughter Theresa Masengale and son-in-law Jeff of Lexington, SC, and grandchildren Broc and Brooke Placette, Kurt Ray and Kolby Knobloch, Macie and Gracie LeBlanc, Tanner Burton, Jake Placette, Nathan and Jonah Masengale, as well as his siblings Betty Coufal of Livingston, Ronnie (wife Mechele) of LaGrange, and Donnie Dorsey (wife Nicky) of San Marcos.

In lieu of flowers, donations can be made in Tommy’s name to Port Neches Knights of Columbus or St. Jude.