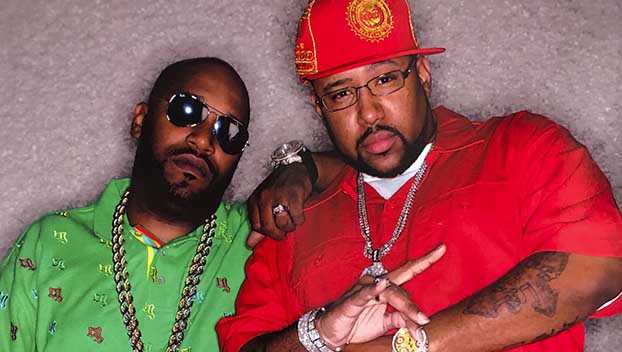 Underground Kingz, or UGK, was created by Port Arthur natives Bernard 'Bun B' Freeman, left, and Chad 'Pimp C' Butler. (Photo courtesy of the Museum of the Gulf Coast)

When Charles Clark III left Port Arthur to attend college in New York, his intention was to return home to help improve the community.

But how it happened resulted in a city celebration honoring an internationally known group of musicians.

“This is really an offering to the creativeness as well as the community there in Port Arthur,” Clark, of Clark and Coleman Museum Consultancy, said. “There has been such a brain drain that’s happened over the years. I want to be a part of the generation of Port Arthur high school graduates that comes back and does something for the city.”

Coleman, along with several others, first approached the Port Arthur City Council in late August to propose a celebration in recognition of the 10th anniversary of a 2012 proclamation by then-mayor Deloris “Bobbie” Prince creating UGK Day.

But the idea for the event that will take place this weekend began long before with a venture that inadvertently became a full circle.

While attending school in New York, Clark opted to write his thesis on country rap tunes, which Port Arthur’s UGK is credited with creating. 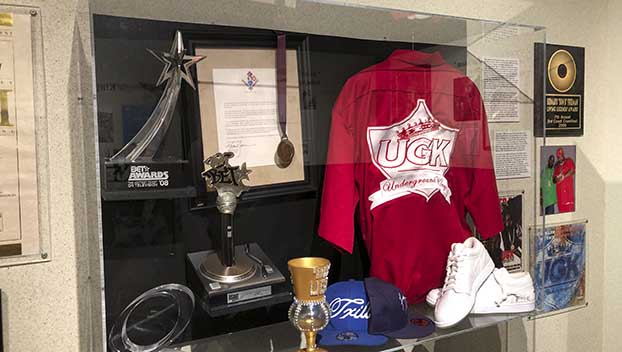 The Museum of the Gulf Coast has a UGK display. (Monique Batson/The News)

“(It is) a subgenre of hip hop that included everything from blues to hip hop sampling techniques to gospel and even New Orleans funk music,” he said.

However, prior to graduating from Sabine Pass High School in 2008, Clark was unaware of the origins.

“I grew up in a fundamentalist Christian household, so I didn’t know UGK was a thing until I got into college at 18,” he said. “Writing the thesis…I intended to bring it back home. I didn’t know how I would, but this year presented me with that.”

And it’s a welcome celebration, said Bernard “Bun B” Freeman.

“For 30 years, UGK has represented freedom of expression and truth telling,” Freeman told Port Arthur Newsmedia. “The music shared the views of people giving everything they can to escape their circumstances while not forgetting where they came from. This celebration is long overdue but better late than never!”

Freeman and Chad “Pimp C” Butler, both of Port Arthur, created UGK (Underground Kingz) in 1987, according to information from the Museum of the Gulf Coast. 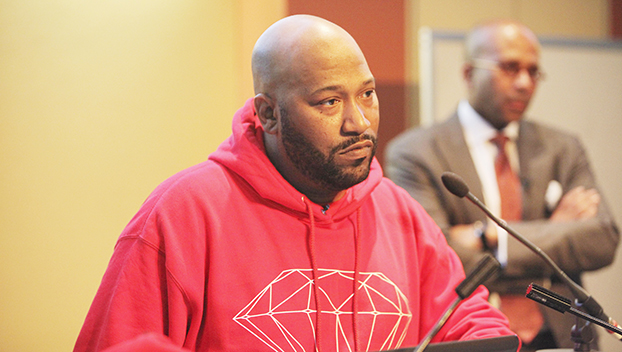 Butler died in 2007. His funeral was held at Robert A. “Bob” Bowers Civic Center in Port Arthur.

“This is really out of love for my community and respect for the culture, and I also wanted to bring real voices to the community in a way that is unfiltered but also has the weight of authenticity,” Clark said.

“We’re going to have a nice diverse array of vendors who do different crafts or have small businesses. We’re currently still reaching out to the vast array of cuisine accessible in Port Arthur especially. I tell people wherever I go that you can eat the entire global cuisine right here in Southeast Texas.”

UGK Day will begin at 3 p.m. at the Downtown Pavilion, 522 Procter Street, with a vendor market. The schedule, which ends at 9 p.m., also includes opening remarks, the showing of two short films and comments from the audience.

UGK Day is free and open to all ages.