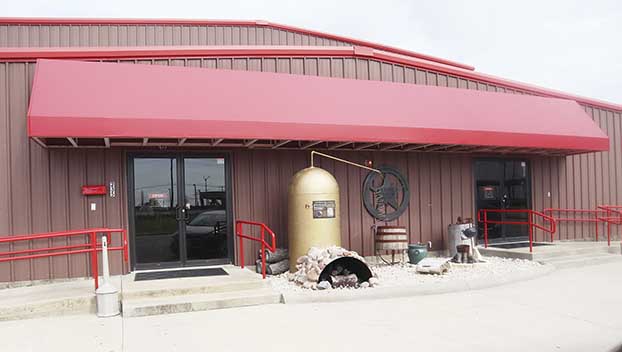 Clifford Distilling has longed for downtown Port Arthur to return to its heyday. The company’s new gin is named after its hometown with several depictions of the city’s history on the packaging.

The veteran-owned and operated company started selling its own Port Arthur Gin and it is now for sale at the storefront, which is located at 235 Procter St.

“We wanted to give back to the community and make some awareness for what Port Arthur was and still is,” Office Manager Wendy Clifford said. 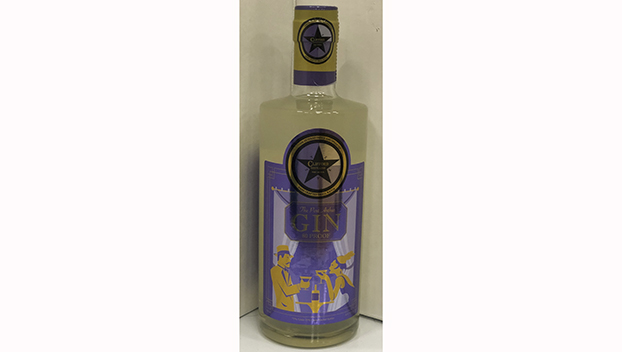 The bottle features a purple and gold coloration after what once was Lincoln High School. The background also shows Proctor Street looking toward the strand.

“In the 40s and 50s, the men wore suits and hats and the ladies dressed up,” Clifford said. “That is basically the principle behind it.”

The gin is made with leftovers from the company’s whiskey and rum.

“It is made from the tails,” Clifford said. “It still has alcohol in it but it is lower proof, so it has to be redistilled another five times to get the gin. We also use local juniper berries that Sean and I picked up in hill country off the ranch to use in the gin. It is local products. We also use a little citrus from lemon and orange to give it that cloudy look. It looks like a lemonade, but that is why.”

While the gin is not in any of the local stores as of this week, Clifford Distilling hopes to have the beverages on shelves within the next few weeks. Clifford said the company is waiting on distribution to move forward, but the drinks can be found at the storefront.

Clifford Distilling opened last year and recently expanded its capabilities to produce up to 14 individual mash pods, which equals approximately 500 bottles a day.

Clifford said the business will be open Friday and Saturday after Thanksgiving from 10 a.m. to 8 p.m.

Clifford Distilling owner Sean Clifford recently told Port Arthur Newsmedia that his long-term goal is to find a permanent location for the business’ headquarters with hopes to stay in Port Arthur. 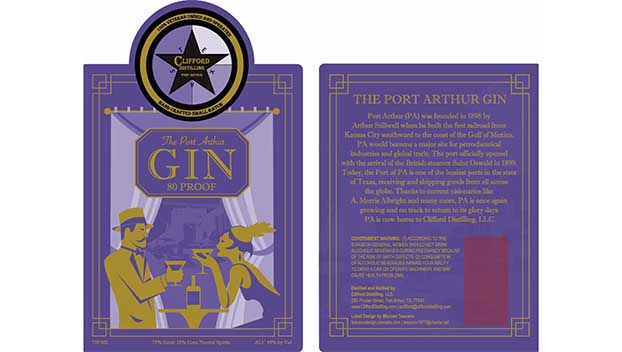 The background shows Procter Street looking towards the strand, while the colors mirror the purple and gold of the former Lincoln High School. (Courtesy photo)