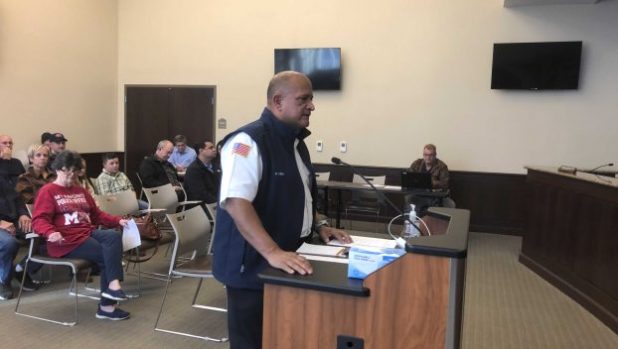 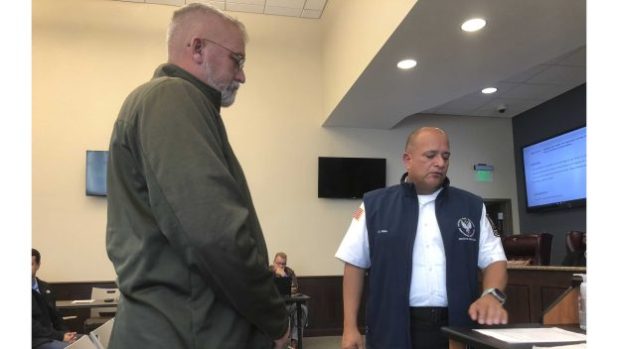 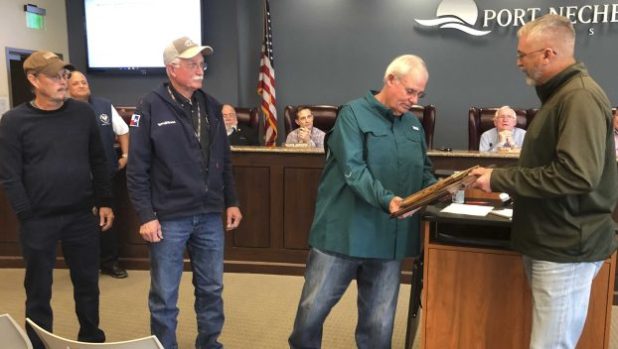 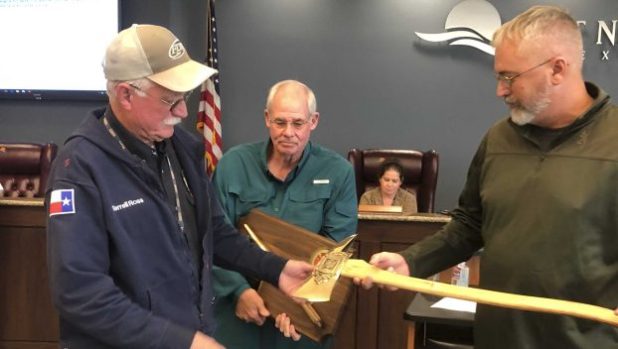 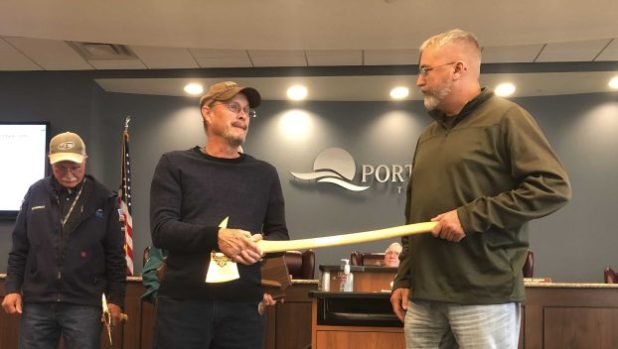 PORT NECHES — Three Port Neches firefighters were recognized before City Council Thursday night as they retired from a collective 90-plus years of service — most as volunteers.

“Their efforts, their endeavors, their hardships and their decades of sacrifice of time and resources have contributed to the wellbeing of our community,” Fire Chief Eloy Vega told councilmembers. “We are in eternal gratitude for their service. It’s a personal honor to be a part of this and be in your presence. I look up to you all for your service. We have our heartfelt thanks.”

Vega then called on Corbett Ross, president of the volunteer firefighters, to present tokens of appreciation to Tommy Wells, Kerry Holmes and Terrell Ross.

Corbett, who had followed in his father’s footsteps, was able to present his parent with an engraved axe to signify his 30-plus years as a volunteer firefighter — some of which had been spent as also being president of the volunteers.

Holmes, who has served as secretary and vice president of the volunteer group, was also presented with an engraved axe after 30-plus years of service.

And Wells received an axe on a wooden display after serving as a volunteer firefighter before and after he spent 20 years as a paid member of the department.

“Y’all know more than we do that y’all are the ones that keep that fire department supported and moving forward,” Mayor Glenn Johnson said. “And to do what you do on a volunteer basis is just commendable. And we thank you for volunteering your time to serve the citizens of the City of Port Neches.”

Vega said the department has a ratio of almost 1-1 firefighters when it comes to paid and volunteer, with 14 on payroll and 10 doing so out of service.

“We’ve seen in the past year an interest in the younger generation of volunteers,” he said. “We have volunteers that have laid a foundation here and set a great example, and newer generations come in and look to them for guidance.”

There is no ceiling on the number of volunteers the department will accept. Vega said anyone 18 and older is willing to join and receive basic training on site. Those 16-17 looking at a career in firefighting can also join the junior volunteer program, which consists of learning the basics and equipment instead of actually being on scene.

According to information from the National Volunteer Fire Council, 67 percent of firefighters on duty in the United States are volunteers. Collectively, they work an accumulated 46.9 billion hours each year in their respective communities.

“Thirty years is a long time to volunteer and to be consistent and serve the community, so this is just one way for us to recognize their efforts and to say thank you,” Vega said.