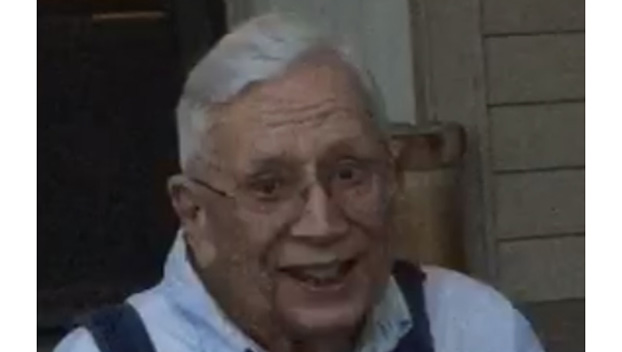 The funeral service will begin at 11:00 a.m. on Saturday in the Chapel, with Brother Glenn Easterly of the Old Union Church of Christ officiating.   Burial will follow in the Old Union Cemetery.

As a youth, the family moved to different locations while his father worked with the Texas pipeline, so he attended schools in Missouri, Kansas, Illinois, Louisiana and Texas.

He graduated from Lafayette High School in LA and received a pre-law degree from Southwestern Louisiana University at Lafayette. He received his Masters’ degree from McNeese University.

Gene moved to Texas in 1951 and started teaching school in Houston. He met his future wife on a blind date which was set up by his sister Dolores Brown, with her friend JoAnn Thompson, who was her co-worker at Dr. Stanley Cox’s hospital in Groesbeck.

Gene and JoAnn Thompson were united in marriage on December 18, 1954, with the wedding at her parents’ home in Oletha.

The couple moved to Houston and Gene taught 5th grade at Alamo Elementary in the Heights for three years.  They were friends with Dot (Richardson) and Pete Shields, which led to Gene’s decision to move to Port Neches, where Pete was a teacher.

They sold their home and moved just after their second daughter was born in 1958.

They raised two daughters in Port Neches, where Gene taught 6th grade science in the Port Neches-Groves ISD, first at West Groves, then at Groves Middle School and then at Woodlawn Middle School.

He also drove a school bus for 16 years.  Gene retired in 1988 after a 30-year teaching career. After his retirement from the school system, he worked other jobs to earn credits for Social Security, including being a security guard and a fertilizer truck driver delivering to the rice fields.

Gene and JoAnn moved to Limestone County in 1991, to the homeplace where JoAnn had grown up, at the “Fowler” Pottershop site near Oletha.

Gene enjoyed gardening and flower beds in Port Neches and raising tropical fish in an aquarium.

Gene and JoAnn enjoyed going to high school football games in Port Neches and they attended Groesbeck basketball games with their friends, the Van Dykes and Hydens.

Gene was a faithful member of the Church of Christ in Port Neches and then at Old Union.

Gene was preceded in death by his parents; a daughter, Belinda Brown; and recently, his sister, Dolores Brown Raiford.

He is survived by his wife of 68 years, JoAnn Thompson Brown; daughter and son-in-law, Rhonda and Randy Burkhalter of Houston; grandchildren, Cameron Burkhalter of Houston and Kelsey and her husband Tray Golden of Robstown; and three great grandchildren, Grayson Golden, TJ Golden and Barrett Golden.  He also leaves behind a sister, Virginia Brown Bonar of Orange and 3 nieces and a nephew.

In lieu of flowers, the family’s choice for donations is the Hispanic Mission, % Nederland Avenue Church of Christ, 2310 Nederland Ave., Nederland, TX  77627.