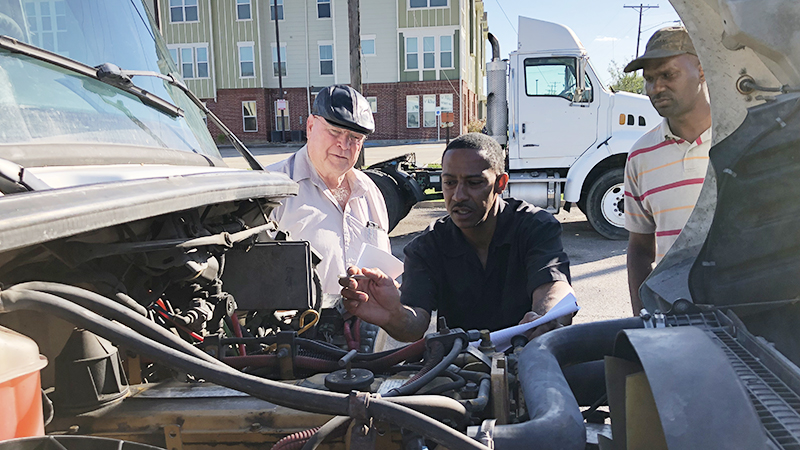 But this week, the T.L.L. Temple Foundation stepped forward, contributing $1.75 million to the project to help the college close in on a state-of-the-art CDL facility in Jefferson County.

Construction of the new CDL training and testing center is expected to begin in March and will be completed by 2026.

The U.S. Department of Commerce announced in February 2021 that LSCPA would receive a $4.3 million Economic Development Administration CARES Act Recovery Assistance grant, funding the construction of a commercial driver education and examination center.

But as COVID’s impact continued and inflation took a solid foothold in the nation’s economy, the original plans for the center were forced to shrink. 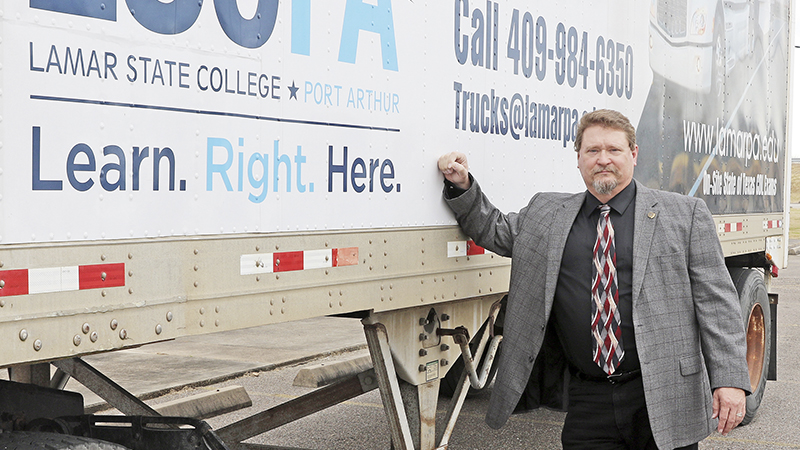 “This was basically going to be a 10-acre earthworks project and from the time we received the EDA grant and the start of construction, we saw the price of earthwork services increase by 230 percent,” said Dr. Ben Stafford, Vice President of Workforce Training at LSCPA. “Steel, concrete … you name it, everything increased in price and it put us in a really tight situation with completing the project as originally envisioned.”

The T.L.L. Temple Foundation announced this week it would invest $1,757,279 in the project, allowing for the project to be completed as intended.

“As it was, with the increased cost of construction, we were looking at completing little more than the concrete slab,” Stafford said. “Now, we’ll be able to build classrooms, simulation labs and canopies so students and instructors can do their work as intended.”

“There are existing companies that are struggling to fill positions because there simply aren’t enough people with the proper CDL credentials to meet that need,” Stafford said. “That also inhibits growth. If existing companies can’t find drivers, then those looking to create new companies, and new jobs, are even more challenged in filling those roles. Without enough drivers, new companies just can’t get a foothold in growing the economy.”

LSCPA fostered a relationship with the T.L.L. Temple Foundation during a national grant competition in which a coalition of area colleges, hospitals, and others with a vested interest, attempted to create a new program that would grow the number of new nurses not just in the region, but statewide.

T.L.L. Temple Foundation and LSCPA discovered a common interest, and mutual economic reward for their constituents, in creating more opportunity for CDL training and testing.

“Improving the economic standing of the people within its service area meets the goals of the T.L.L. Temple Foundation,” Stafford said.

“They found a partner in that effort in Lamar State College Port Arthur and with that, the college has been able to see through its goals for a first-class CDL training and testing center.”

The CDL project is being matched with $619,000 in local investment, including a donation by Jefferson County of 20 acres of land along U.S. 69 between Beaumont and Port Arthur. LSCPA is a certified third-party skills examination provider for the Texas Department of Public Safety and the only third-party commercial driver skills examination center in this region of Texas.

Once completed, the project will cover more than 20 acres of land in CDL examination lanes, covered testing and practice areas, a new commercial driver training building, parking lot and retention ponds.
“This has been a true public-private partnership in an effort to respond to the growing need to rapidly train and license new commercial drivers,” Dr. Stafford said.

Among those involved are:

• George Newsome of Soutex Surveyors providing many free hours of surveying and consolation on the project and created the project site plan,

• Jefferson County with the donation of land,

• Drainage District 7 working with the college and Soutex to design the retention ponds,

• Golden Pass LNG and Sempra LNG providing support for the project and providing information regarding the number of drivers they need to bring their LNG construction project to a successful end,

• and, the Southeast Texas Regional Planning Commission for its help in reviewing the project.