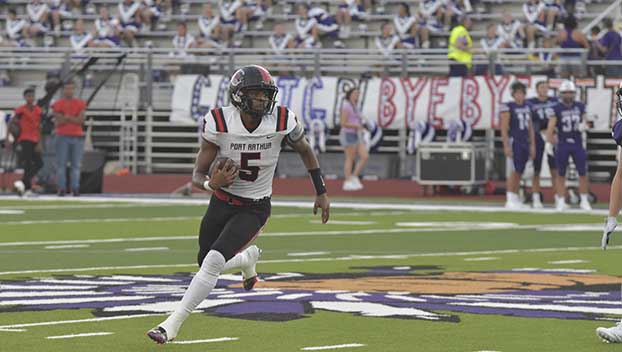 Memorial quarterback Davion Wilson put on a show in his debut for the Titans. (Chris Moore/The News)

Both Port Neches-Groves and Memorial will host first round playoff games Friday. Memorial earned the No. 1 seed in District 8-5A Division I, while PNG claimed the second seed for District 9-5A Division II.

The Titans, who have earned at least a share of the district title for the past three seasons, enter the game as a favorite to take down McKinney North.

While Memorial has been snake bitten in first round contests over the past few years, I believe they should be able to get over the hump at home Friday.

The Titans have lost their past four first round games, dating back to 2018. In 2017, the Titans made it to the third round.

This year’s squad feels a bit different. The past two times Memorial played in the first round, the offense was heavily dependent on then-quarterback Jah’mar Sanders.

Last season, Sanders went down during the game with a leg injury, which cost the Titans as they lost by one score.

The Titans enter this year’s postseason with a much greater array of weapons, making it very difficult for opposing defenses to hone in on any particular player. Between quarterback Davion Wilson and the two underclassmen running backs, Memorial still has the ability to be dynamic in the run game.

The Titans also have about four receivers that are legitimate weapons, with each being able to put up the ability to put up 100 yards.

Memorial also brings a formidable defense to the proceedings, which can only help. I think the Titans have a good shot of winning this by more than one score, but you just can’t count out anything in the playoffs. 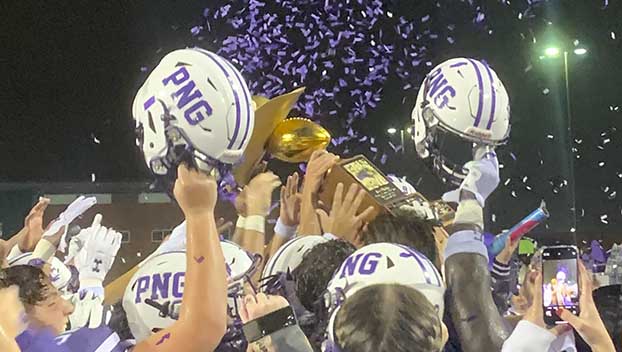 In Mid County, PNG will be taking on Montgomery. On paper, these two teams aren’t that close. PNG went 8-2 on the season and 6-1 in a formidable district to earn the second seed.

Montgomery went 3-7 on the season and 3-3 in district play to earn the third seed.

I don’t think it can be understated how much of a home field advantage it is to play a playoff game in Port Neches. That crowd shows up for regular season games like they are playoff games.

Last season, the fans traveled and packed the stands like they were the home team. I can only imagine what a home playoff game will look like at PNG. I have not been able to experience a playoff game there yet but look forward to it.

Led by first-year head coach Jeff Joseph, PNG has already had some success in some big-game environments with wins over PNG and Dayton earlier this year. That resolve should carry over.

PNG should win this game and set up a contest against another Austin-area team in the next round, but first thing is first. This area has a lot to be excited about, and these football teams could make a run.