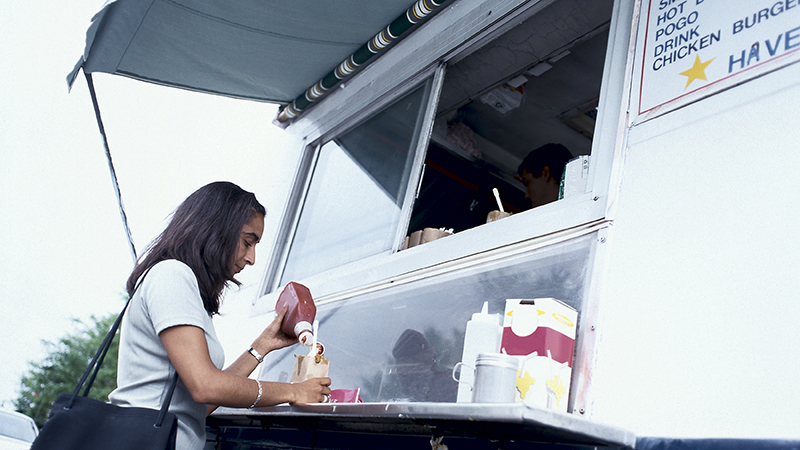 NEDERLAND — The Nederland Planning and Zoning Commission has made a recommendation on amending the city’s existing food truck ordinance, putting a final decision squarely in the hands of the city council.

Three members of the planning and zoning board voted unanimously Tuesday evening to recommend removing the “special occasion” clause food truck operators must abide by currently to function in Nederland.

This week’s meeting followed a town hall open forum Oct. 24 when food truck operators and brick-and-mortar restaurant owners passionately discussed the pros and cons of keeping the ordinance as it is currently written.

As of now, food trucks must operate on a private business’ property through invitation by that business. It must be in association with a temporary promotion or advertisement put on by the business.

They can operate no more than 12 times a year, once a month and for three days straight.

Nederland resident Keith Bass is suggesting removing the provision for the “special occasion” and also suggested opening up the opportunity restrictions.

Bass did not attend Tuesday’s planning and zoning meeting.

Planning and zoning chairman Scott Watjus is in favor of amending the current ordinance, describing it as a problem.

“It’s so narrow that I don’t think we have issued any permits,” he said. “It’s restrictive.”

Planning and zoning board member Lance Howell questioned the threat of food trucks to standard restaurants.

“For my wife and I, if we are wanting to go to a nice sit-down meal, we’re going to go to a place where we can sit down at,” he said. “There is some, especially the lunch crowd, that this would definitely threaten. I would see this as being more of a threat to the fast food-type businesses. (Food trucks are) nicer than that. I don’t see a lot of people who were going to a nice sit down (meal) going to a food truck instead.”

The only member of the restaurant community to attend Tuesday’s meeting was Kenny Mings, owner of Touch of Cajun Café on Boston Avenue.

Mings, who also operates a food truck, said the current city ordinance should be tweaked.

However, he told the board to be aware of food truck owners who seek an annual permit that allows them to set up wherever wanted, whenever wanted and to move around as much as wanted.

Mings did credit food trucks for drawing people into an event.

“Because usually you can get something off a food truck that you can’t get from any brick and mortar,” he said. “People see food trucks and are attracted to them.”

Nederland City Manager Chris Duque said the issue would not be on the city council agenda in November, likely pushing further discussion on the request into early December.