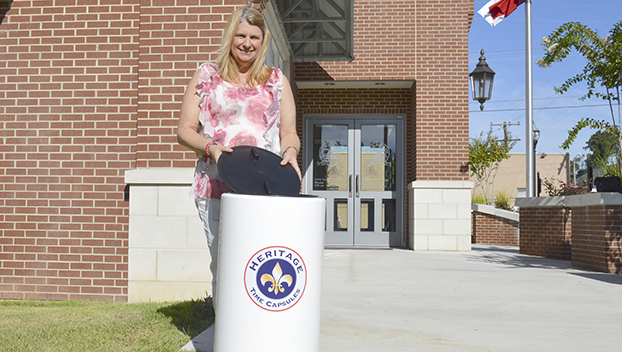 NEDERLAND — Gay Ferguson joined the City of Nederland in 2010 as City Clerk.

The next 12 years included a lot of on-the-job training as the Orange resident grew into a valuable municipal servant and trusted friend.

That came to a tragic end Friday when the 61-year-old was killed as a result of injuries suffered in a head-on collision along Interstate 10 in Louisiana.

Ferguson was very involved with almost all departments on a public and internal level.

“She worked really well with everyone,” Nederland City Manager Chris Duque said. “She was one of the people our department heads went to for help. She had kind of become our grant administrator, as well. It was something when we hired her 12 years ago that was in flux. She had been involved in many of the hurricane grants that came up and was very helpful there with public works and other departments. It’s a huge loss for all of us.”

City administrators are spending this week making a comprehensive list of everything Ferguson did, with Duque noting Ferguson left big shoes to fill “and that is just on the professional level.”

She excelled through on-the-job training and picked up her role in elections, “which is one of the hardest jobs of all of this,” he said.

The City of Nederland is scheduled to meet once this month, but Duque said the position would likely be discussed during an executive session at Dec. 5 city council meeting.

Mayor Don Albanese said the news of Ferguson’s death is devastating; adding it still has not sunk in all the way.

“She did just everything, all the extracurriculars, like the voting going on,” he said. “She was handling all of that. She was an excellent person.”

“She was open and friendly, willing to offer any advice,” Root said. “She was also willing to learn everything. It’s going to be a big void to fill her spot. She was very involved in the community with family and friends. You could count on her for pretty much anything.

“Dependable is not even enough of a word for her. She was just open, and you felt comfortable with her.” 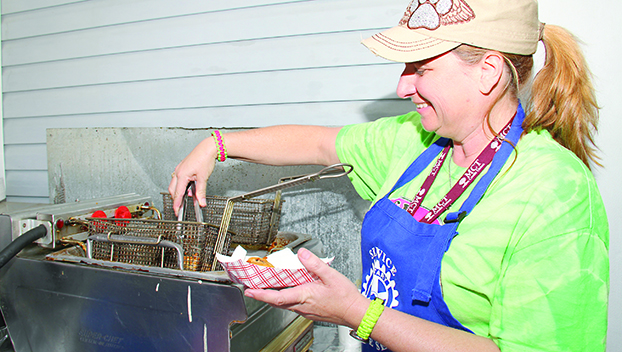 Gay Ferguson is shown working at the Nederland Heritage Festival in service to the Rotary Club.

Special needs children and adults from across Southeast Texas have found a home in athletics through Adaptive Sports for Kids.

Gay Ferguson was a co-founder and became an integral part in the group attaining 501(c)3 status approximately 10 years ago.

The organization’s stated mission is to give children and adults with special needs the opportunity to play sports they may not otherwise be able to play, all at no cost to them.

Adaptive Sports for Kids board president Allen Nation describes Ferguson as the nicest person he has ever met.

Nation said Ferguson always wanted to do well for the organization. She was known for having a smile on her face, always being in a good mood and staying naturally upbeat. 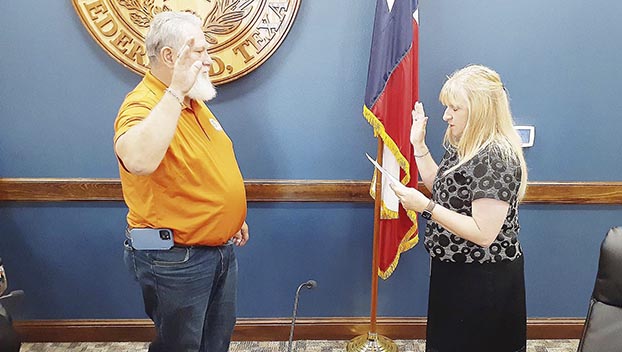 The initial investigation indicates a Ford F150 pickup, driven by 28-year-old Caleb Lee Bowers of Jennings, was traveling east on I-10.

For unknown reasons, Bowers lost control of the vehicle and traveled off the left side of the roadway, authorities said. After leaving the roadway, the F150 traveled through the median and vaulted over the cable barriers before entering the westbound lanes of travel.

Bowers was taken to an area hospital with non-life threatening injuries.

Senegal said toxicology samples were obtained and submitted for analysis and the crash remains under investigation.

State Police said there were no other occupants in the vehicles, and Senegal stressed there is no timeframe on when the final crash report will be submitted.

Once complete, it will be presented to the district attorney’s office to help determine if charges are warranted.

“(Troopers) are not suspecting any impairment from when they looked at the other driver and spoke to him,” Senegal told Port Arthur Newsmedia on Monday.

Charges may be possible at some point, he said.

Following Ferguson’s death, the City of Nederland released a statement.

“Mrs. Ferguson dedicated much of her life to public service – serving the City of Orange before joining the City of Nederland in 2010. Mrs. Ferguson cared deeply about Nederland, the mid-county area, her family and her friends; she considered every City employee as her friends and part of her family. Mrs. Ferguson was an exceptional public servant and an outstanding colleague. She was respected and loved by her peers; she was a constant positive light and will be greatly missed. The

City’s thoughts and prayers are with her family and friends.”