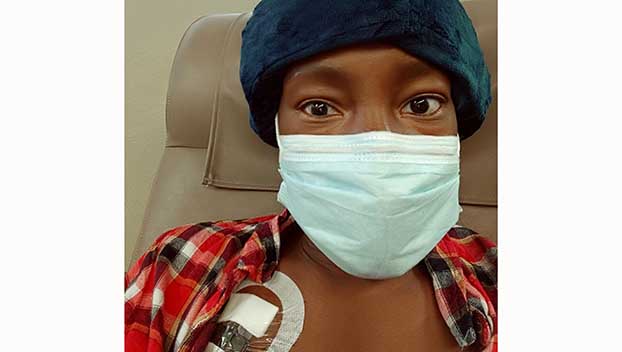 Eighteen years have passed since Kendra Francis received the gift of a kidney, a pancreas and a new lease on life.

Francis, 42, was diagnosed in February and began cancer treatments in May, leaving her unable to work due to the side effects of medicine, radiation therapy and constant pain, she said.

She set up a GoFundMe account to help with medical attention and everyday expenses.

Pain medicine makes her drowsy and even with pain management, walking is a challenge and she is not able to sit comfortably. She takes her meals lying on her side.

Francis has dealt with health problems for most of her life but tries to live life to its fullest. 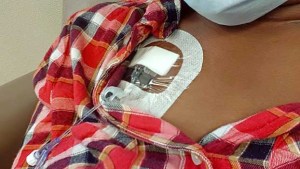 Francis shows the port where the cancer treatment enters her body. (Courtesy photo)

She was just 11 when she learned she had type 1 juvenile diabetes, a disease that caused her kidneys to fail. She kept up with daily insulin injections, blood sugar checks and a special diet for the next 13 years. By 2002 she was undergoing dialysis treatments.

The transplant in 2004 saved her life and drastically changed it. She did not have to wake up at 4:30 a.m. to go to dialysis treatments, and the nausea and sickness from all of her medications went away.

Francis was just 24 at the time of her transplant, and said she has been able to do many things she was not able to do before including a cruise to Mexico with her mother.

“While on dialysis that would not have been possible,” Francis said. “It was amazing.”

The first thing she baked was a German chocolate cake, something she was previously forbidden to eat due to the diabetes.

“It was good but tedious. I had to take a lot of breaks. I was still a little tired and was recovering from surgery,” she said. 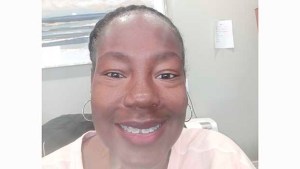 Francis was the topic of a Port Arthur News article in 2004 highlighting the importance of organ donation and the importance for the Black community to become donors. National Minority Donor Awareness Month is noted in August.

“After my transplant I was able to work fulltime,” she said.

Her health journey has been difficult and is now complicated by the cancer. She is waiting on results of tests to see if chemotherapy and radiation were successful.

In order to “keep her kidneys happy and healthy” she drinks three liters of water a day and takes two immunosuppressant meds to keep her body from rejecting the new organs. Doctors consider this to be good, she said.

“I did have some challenges. I had to be hospitalized a couple of times but somehow, someway everything panned out,” she said.

Francis is still an advocate of organ donations.

“I support organ donation because it truly change lives,” she said.