Former CavOILcade queen Asa Lewis gets another crown in college 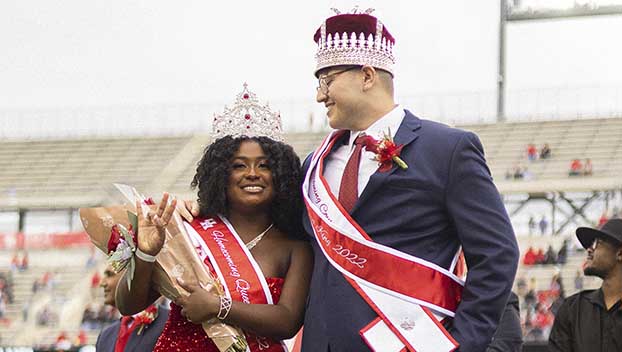 Asa Lewis wants to make a difference in the lives of others while helping students of color and first generation college students.

That goal was highlighted when she was recently named homecoming queen at the University of Houston.

Leadership, diversity, character, communication skills and creativity are qualities that must be exhibited in order to represent the U of H, according to the school’s website. 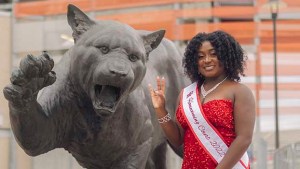 Lewis, a senior, is majoring in psychology with a double minor in business administration and human development and family sciences.

For the Port Arthur native, the university is like a second home and a place where she has been able to meet many people who have helped her grow.

As for being crowned homecoming queen, she called it amazing, saying she cried when her name was announced. 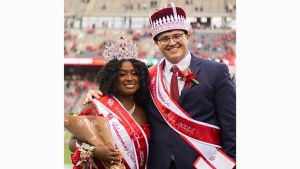 Asa Lewis of Port Arthur and Navid Hasan at the ceremony. (Courtesy of Jean Paul Fuentes)

Lewis said she has had the opportunity to welcome more than 10,000 students in two years working in the Office of Admissions, specifically with prospective and new student programs as an orientation leader and on the director of staff for family and guest services.

She has also served as a resident advisor and is a community mentor for student housing and residential life, where she is a liaison for the university supporting students in their academic journey in creating a sense of belonging within the residence halls.

This past spring Lewis joined the Erudite Epsilon Lambda chapter of Alpha Kappa Alpha Sorority, Inc. as well as being named a member of Collegiate 100.

“Upon graduation, I plan to attend graduate school to earn my master’s degree in higher education within student affairs to one day become a vice president of student affairs at an institution to help minimize the gap in success rate among students of color and first-generation students,” Lewis said.

Lewis offered motivational advice for others, saying it doesn’t matter where you are from or where you are going, you just have to believe in yourself, because you don’t know what your efforts can do to inspire a new generation of leaders.

Lewis’ served as the 2018 CavOILcade queen in Port Arthur.