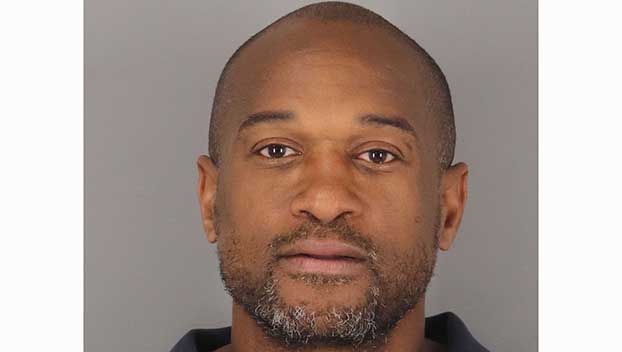 A Port Arthur man is facing felony forgery charges after he allegedly signed his estranged wife’s name to the titles of two vehicles in order to obtain loans.

According to a probable cause affidavit, on Sept. 12, Hill’s estranged wife reported a forgery that allegedly occurred at the Tax Office in the Jefferson County Courthouse.

The document says on Feb. 14, Hill forged her name to two titles of two vehicles she owned — a 2017 Honda Civic and a 2009 Lexus. On March 1, she reportedly received a check for $10,000 addressed to Hill for a title loan but thought little of it, as he did not own a vehicle.

“She questioned him about the loan but was not bothered by it as John has no vehicle titles in his name,” the responding detective wrote in his report. “John advised her that he and a relative bought a vehicle at an auction and used it to get a loan.”

Less than a month later, the owner of the vehicles received a letter regarding the loan and discovered her titles were missing. On Sept. 9, she reportedly received a letter advising her the Honda would be auctioned on Sept. 15 unless $12,500 was received.

Through the investigation, it was learned the accused had used an Affidavit of Motor Vehicle Gift Transfer and had it notarized through a friend. He reportedly told the notary his wife was at work, but he would have her sign the document afterward.

A warrant for his arrest was signed on Sept. 24.

If convicted, Hill faces up to two years in jail.

According to the Jefferson County Sheriff’s Office, Hill bonded out of jail the same day.