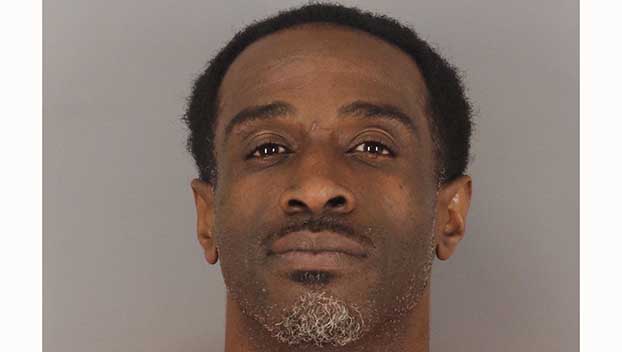 A Beaumont man who allegedly killed another man, wrapped him in plastic and set the house on fire was indicted in connection with the death.

Channin Keon Ardoin, 39, was still listed as an inmate in the Jefferson County Correctional Facility on a $1 million bond as of Friday.

Beaumont police were called Oct. 7 to the 4500 block of Dallas to assist the Beaumont Fire Department after the fire chief saw what he believed to be blood on a tarp/covering inside the home, according to the probable cause affidavit.

Officials believe someone started the fire to hide or destroy evidence. Officers and fire investigators began to check the house and located a body lying under a bed in one of the bedrooms.

The body appeared to have been wrapped in black plastic and appeared to be a male, who was later identified as the homeowner, Jason West.

Officials note that deceased man’s vehicle was not at the residence. The investigation also revealed a bag that reportedly contained bloody socks, gloves and shorts laying on top of it.

Fingerprints were located outside the residence, the document stated.

While on scene, witnesses reportedly began to receive text messages from West’s cell, which pinged in the area of Kountze.

Officers from the Huntington Police Department located West’s vehicle being driven toward Lufkin and the diver evading police, wrecked and ran from the scene.

The vehicle was seized by police and reportedly had several items related to the case inside.

Investigators were informed West and Ardoin were seen together the day before the killing and Ardoin allegedly had been wearing camo shorts.