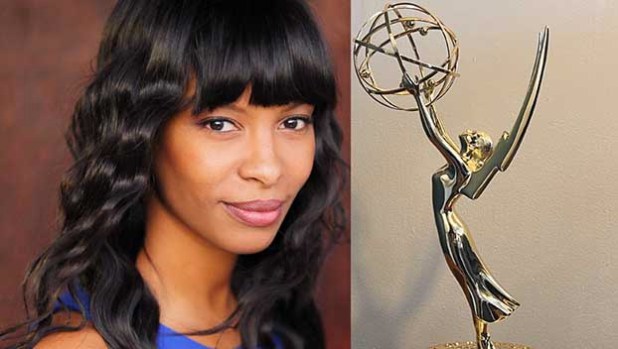 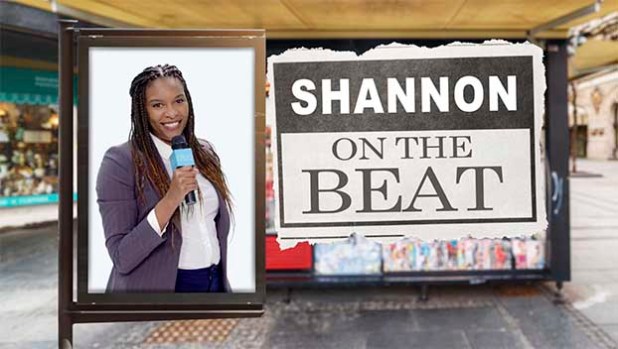 Shannon Joy Rodgers, who recently won an Emmy award as part of the writing team for The Ellen DeGeneres Show, had a recurring segment on the show called “Shannon on the Beat.” 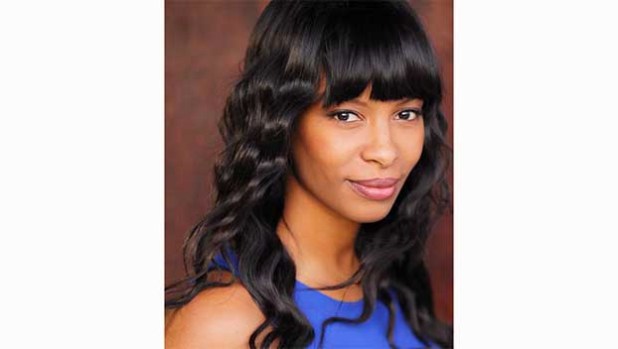 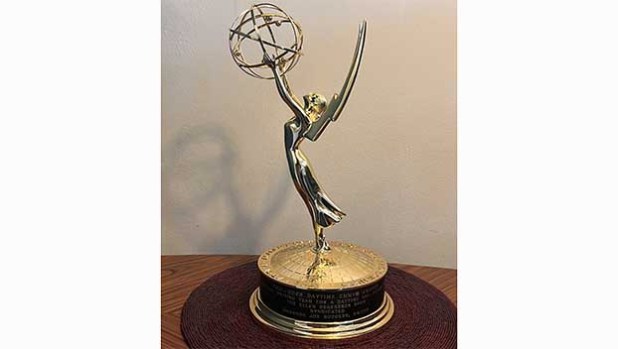 Every time Shannon Joy Rodgers begins a new project in the entertainment industry, she sends a photo back home.

“We have pictures,” her mother, Sarah Lee, said with a soft laugh. “Every time she got to work with one of the TV shows, she would always send us pictures of her nameplate on the office she was working out of. She was always very excited about every opportunity.”

But Rodgers now has more than just a nameplate to display.

In June she became the recipient of a 2021-2022 Daytime Emmy Award for Outstanding Writing Team for a Daytime Non-Fiction Series through her time working with The Ellen DeGeneres Show.

“I am so grateful to win an Emmy award, especially as a Black female comedian,” Rodgers told Port Arthur Newsmedia. “And to win for such a prestigious show as The Ellen Show is an honor. Ellen is a legendary comedian and entertainer in our business, hands down.”

And at this rate, Rodgers is well on her way to being the same.

It’s always, in some form or fashion, been her dream.

“She wanted to work in the film industry,” said Lee, who was born and raised in Port Arthur before relocating to Dallas, where Rodgers grew up. “That was really her goal when she graduated from high school. But I got to thinking, ‘I don’t know anyone in the film industry that can help.’ So we took the safe route.”

Rodgers majored in Computer Science and Math. But her heart remained more with the screen than the wires.

“I’ve always enjoyed performing,” she said. “I was never satisfied with how my dreams of acting and performing were being dictated as a kid, through a school play or a dance recital. It felt very limited. So when I graduated college I took classes in improv comedy and scene study at night after work. And from there I saved up enough to move to (Los Angeles) and I researched comedy schools to attend, enrolled and went from there.”

And she was able to show off more than just writing skills while working with Ellen DeGeneres.

“When I was on the Ellen Show I got to take quirky news stories and turn them into rap videos,” she said. “It became a recurring segment that was called Shannon on the Beat. With that I wrote the song and performed in the videos. I loved being able to rap and do fun gimmicks with the green screen, so that’s probably something I’m most proud of now, since it was 100 percent my vision.”

Since arriving in Los Angeles, the 39-year-old has written and worked for Jimmy Kimmel, Conan O’Brien, James Corden and on shows such as “Modern Family.”

But when she learned of her daughter’s Emmy award, Lee said she was ecstatic, as were her former classmates from the Abraham Lincoln Senior High School class of 1968.

“We have always kept up with each other through the years,” she said. “The people that I grew up with are so excited about the fact that she won this Emmy.”

Benjamin Jones, president of the LHS Class of 1968, said it’s just another great example of Port Arthur’s imprint across the country — and beyond.

“That’s super to have someone go to that level,” he said. “That’s outstanding. When word went around I was elated. It doesn’t happen every day.”

Currently Rodgers is working on film editing while she continues to climb Hollywood stars, and with it comes advice for anyone wishing to do the same.

“Go for it,” she said. “You only have one life. Don’t let any naysayer stop you. Also keep tabs on your mental health. This world can be brutal; it’s great to have a work/life balance.

“Step out of your comfort zone but know when it’s time to take breaks, taking breaks are a necessary part of the process.”