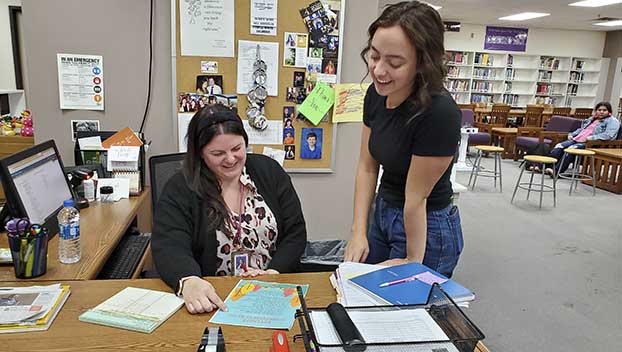 PORT NECHES — Ashlyn Gilchriest has always known she wants to help others and guard their rights, but it was a history class that pushed her towards a future career.

Gilchriest, a senior at Port Neches-Groves High School, plans to major in political science with the end goal of becoming a lawyer.

The class that grabbed her attention was AP U.S. History that covered 1492 onward.

“I want to do what I can to protect people’s rights and make sure that our system is fair to people. So, I think that excites me in being a lawyer and just doing what I can to be fair and equal.”

Gilchriest tied for the No. 1 spot in her class with about six other students, she said.

She didn’t set out to be at the top.

“I always do the best I can but I never was like ‘I’m gong to be valedictorian;’ it never was in the plan,” she said. “I’ve never made a B and I’ve always just worked hard in all my classes so, here I am, senior year.” 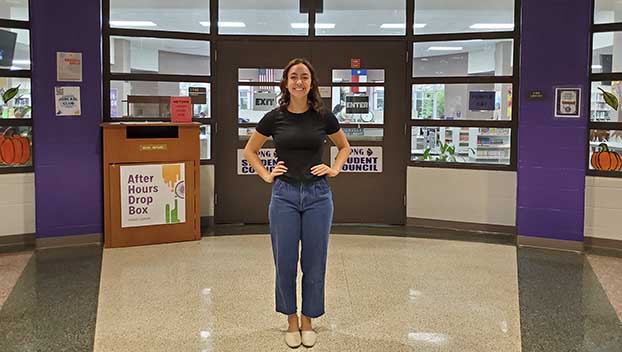 Ashlyn Gilchriest is a senior at PNGHS. (Mary Meaux/The News)

As for what technique she uses to prepare for exams, it depends on the class, though mostly she reviews beforehand.

The senior is busy. She’s Student Body president, a lieutenant for the Indianettes, historian for the National Honor Society, a member of the History Club and worked with TRIBE, an organization that welcomes incoming freshmen.

Gilchriest said she works really hard at what she does.

“I see the end goal and I’m going to get there,” she said.

Candice Curran, librarian and student council sponsor, said Gilchriest is one of the most reliable and hardworking students she has met in 16 years in education.

“But on top of that, she also knows how to enjoy life and not take herself too seriously,” Curran said. “She is a great mix of grit and fun.”

Gilchriest isn’t sure of which college she will attend but has hopes of going to the University of Texas. She’s also applying for various scholarships, all of which have different deadlines.

She’s anticipating one particular scholarship, Voice of Democracy. If she is awarded this one, she will definitely choose UT because it would help with the cost of tuition.

Gilchriest does a lot away from studies and plans accordingly most of the time, she said. In her downtime she spends time with her 8-year-old brother and 4-year-old sister.

“I love spending as much time with them as I can because they’re so little and constantly changing,” she said.

And while she did see their Halloween costumes before they headed out with her mom, she spent her time Monday night at the high school’s Trunk or Treat.

She also likes hanging out with friends and, to relieve stress, goes on runs.

Gilchriest is a Taylor Swift fan, and learned Tuesday Swift announced plans for a world tour that she hopes to get tickets for so she and her mom can attend.

Besides the obvious draw to the musician, she’s also impressed by Swift’s intelligence and poetic skills.