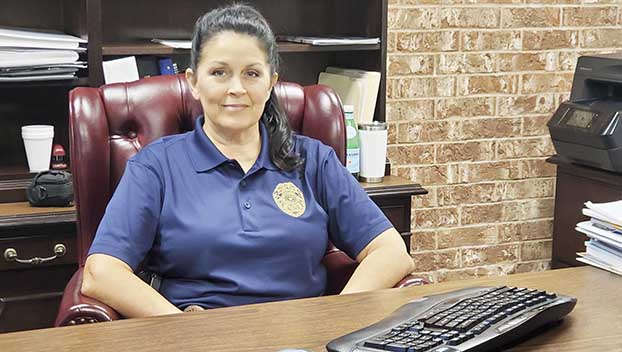 PORT NECHES — Somewhere around the age of 43, Cheri Griffith decided she wanted to become a detective.

The Nederland native had already spent 12 years as a chiropractor and had been out of the business five years when she found her calling.

“I looked into what I needed to do,” Griffith said. “The main thing was I needed to go to the (police) academy. At first I thought, ‘no way, I’m 43 years old.’”

The rest is history. 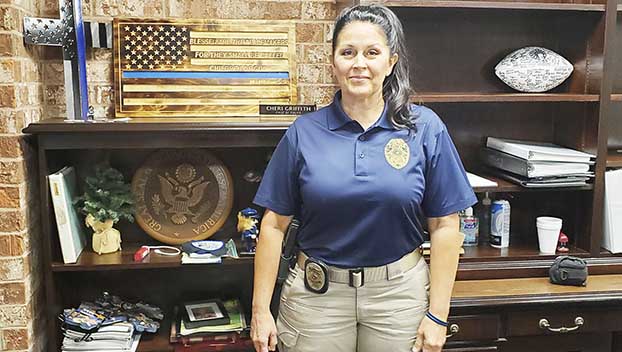 Griffith went on to be the first female officer hired by Port Neches Police Department, and last week was sworn in as the newest police chief. This also makes her the first female chief for a city police department in Southeast Texas.

She replaced longtime chief Paul Lemoine upon his recent retirement.

But she doesn’t dwell on the fact she made local history when she became an officer, then chief in Port Neches. She didn’t ask for or expect different treatment going into the role.

Looking at her first week, Griffith said it’s been good and hectic.

“My calendar is already fuller than it had been before,” she said. “I’m trying to get acclimated.”

Griffith has a personal goal of getting out and meeting more people in the community and for more non-call related interaction.

As for department goals, she credits her predecessor Lemoine with running a good department. She also wants the best for every officer there, she said. Her goal is to see the officers grow and achieve their own goals.

“That way we can do our best job for the community,” she said.

Lemoine, who was the one who hired her in 2011, said she is driven, loyal and highly organized.

“She is also grounded and family oriented and strives to do what’s best and will be an asset to the city and the Port Neches Police Department,” Lemoine said.

Griffith feels she is truly in her calling in life.

“This is my purpose,” she said from her new office. “I spent a lot of time in prayer. I felt God kept opening these doors. I feel like I’m where I’m supposed to be.”