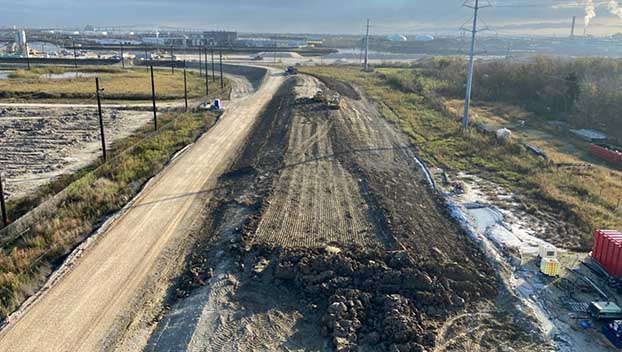 The multi-billion dollar project to better protect the coast by raising a portion of the levee and adding a flood wall has made its first major milestone.

The first contract and first mile of the Sabine Pass to Galveston Bay Coastal Risk Management Project was completed this summer and more sections are in the planning stages.

Phil Kelley, general manager of Jefferson County District No. 7, explained this is an improvement project for the existing hurricane levee, which will be raised in several locations. The plan is to raise the protecting levee to handle anticipated sea level rise in the next 50 years. This will vary in height and is dependent on hydrologic modeling done by the U.S. Army Corps of Engineers. 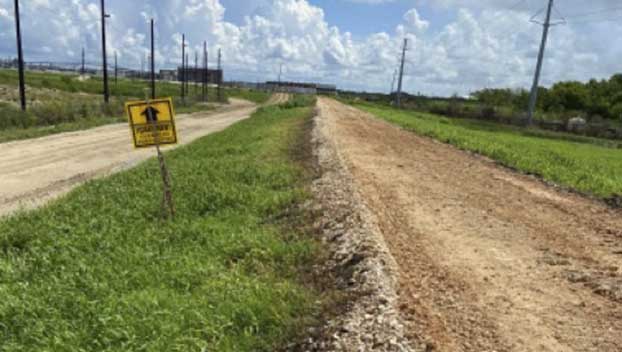 The multi-billion project across to better project the area from storm surge is making milestones. (Courtesy U.S. Army Corps of Engineers)

In addition, there is a plan for a separate 1,830 feet of new earthen protection to be constructed in the Port Neches area northwest of the existing northern terminus and 26 road closure structures would be replaced and erosion protections added.

The other nine parts of the project are in the design phase, and the Corps of Engineers anticipates those construction contracts will begin between 2022 and 2026 and all of the construction for the Port Arthur portion to possibly conclude in 2028.

Congress approved $4 billion for the S2G program in the Bipartisan Budget Act of 2018, $863 million of which has been designated for the Port Arthur Project, according to the Corps of Engineers. Under the S2G Program, USACE and its non‑federal sponsors are designing and implementing effective and ecologically sound solutions to reduce the risk of coastal storm surge to communities, businesses and industry in Orange, Jefferson and Brazoria Counties.

The Port Arthur Project, a component of the S2G Program, is a partnership of the USACE Galveston District and the Jefferson County Drainage District No. 7, with funding support fro­m the State of Texas, the Texas General Land Office, and the Gulf Coast Protection District.