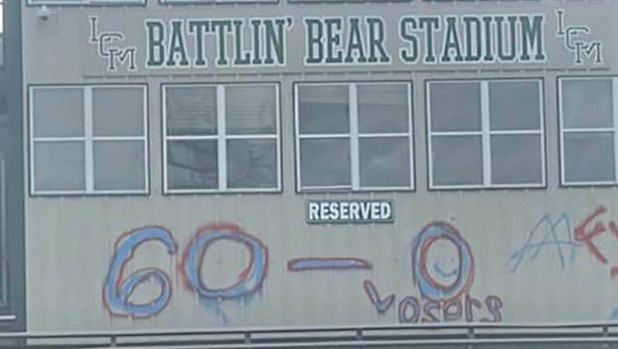 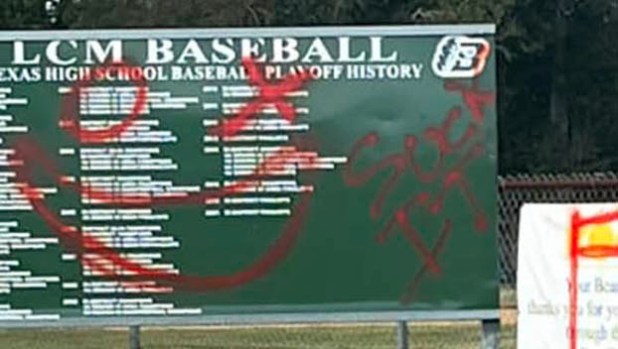 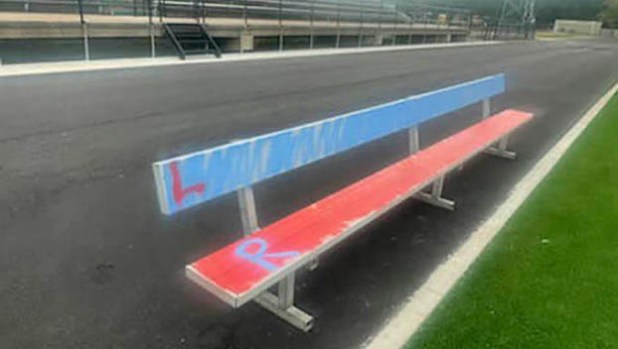 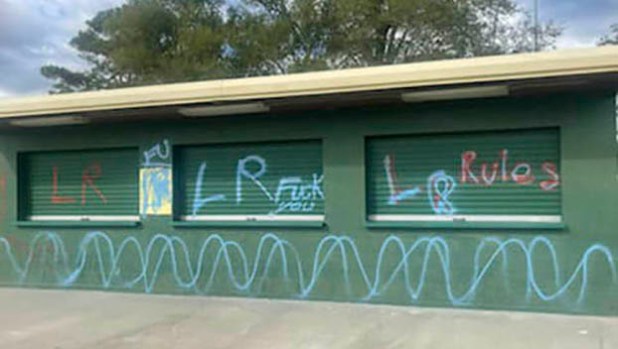 LITTLE CYPRESS — Little Cypress-Mauriceville officials woke up to an ugly situation Sunday morning after they saw what vandals did to some of the athletic facilities.

They spray painted the newly turfed field at Battlin’ Bear Stadium along with the concession stands, press box and signs at Don Gibbens Baseball Field.

“It was so disheartening to see this,” said LC-M CISD Superintendent Stacey Brister. “We do have two white males on camera just after midnight that night, one of them was wearing glasses. We’re still going over footage, but the damage is hard to look at.”

The district is piecing together everything in trying to find the culprits and is working diligently with the Orange County Sheriff’s Office.

The Bears football team plays at Lumberton Friday in a District 10-4A Division I showdown. Lumberton’s school colors, blue and red, were used to do the damage at the facilities.

“Of course, not knowing who did it, and not knowing where they are from, Lumberton has been informed about the situation,” said Brister.

Hellas Construction, the company that installed the turf at Battlin’ Bear Stadium, is bringing in their turf crew Monday to correct the turf portion of the field that was spray painted.

High school principal Ryan DuBose did not want to put any blame on one school.

“We are not narrowing it down to just one school in terms of who the guilty party is,” said DuBose. “We are working with law enforcement and will follow their lead with the investigation.”

DuBose was also proud to say the district is thrilled about the support they are getting after the vandalism.

“If there is anything that can be taken from this ugly situation, it’s the outpouring of help,” said DuBose. “I’ve been contacted by kids and staff from LC-M, Lumberton, Bridge City, Orangefield and Vidor wanting to help.”

Athletic Director and head football coach Eric Peevey was emotional after the vandalism but feels it will only help everyone down the line.

“It’s a big difference when you paint up a grass field compared to a turf field, you can’t mow a turf field and everything will be alright. There is a cost when it comes to turf,” said Peevey. “I feel confident we will find out who did this and there are a few leads coming in. Other coaches across the area have reached out to us, especially the ones that also have turf. Hopefully we can all learn from this as far as how to remedy the situation moving forward, especially as far as lighting and security goes.”

If you know of any information, please contact Principal DuBose through direct message or via email at rdubose@lcmcisd.org or call the Orange County Sheriff’s Dept. at 883-2612.

“This is extremely disheartening, but I am confident that people in our community and surrounding communities will help us get to the bottom of this,” said DuBose.