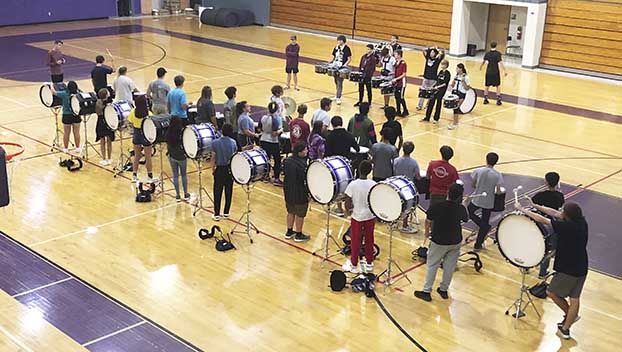 The Port Neches-Groves drumline watches as the Nederland drumline performs during practice for next week's drumline battle. (Monique Batson/The News)

PORT NECHES — Members of the Nederland High School and Port Neches-Groves High School bands were drumming up the Madness hype Thursday night at PNGHS as they joined to practice for an upcoming Drumline Battle between the two schools.

“I’ve always wanted to do a drum battle, and I thought Nederland would be the best people to do it with. Jack seemed really for it, and I thought this could actually happen. We’ve been talking throughout the summer trying to get this planned and get everything ready.”

Reid, who is also a senior, was already on the same thought pattern.

“I’ve always wanted to do something with PNG as well,” he said.

“I’ve been captain of my drumline for the past two years now, and I’ve always wanted to do something in conjunction with someone else. So I think it’s going to be a really fun time, and I hope a lot of people come out to support. And I think doing it a day before Mid County Madness is going to be a lot of fun.”

While the ratio of those on each drumline is a bit different — nine from Nederland and 35 from Port Neches-Groves — it certainly didn’t show during practice as each drumline brought their best beats.

The competition will include battles with individual instruments, certain groups and complete drumlines. Some pieces will include mixing members of the schools.

“We’re planning on getting a plastic trophy, but really this isn’t about who is the better drumline,” Tedder said. “It’s more or less to build a better connection between the two schools. We literally live right next to each other. We do have this rivalry, but other than the one week of Mid County Madness, they’re my friends.”

Reid backed up his competitor’s sentiment.

“We all really like each other and know each other from all the band competitions,” he said.

While this will be the last Madness game and first Madness battle for Tedder and Reid, they hope the younger members of the drumline make it an annual event. 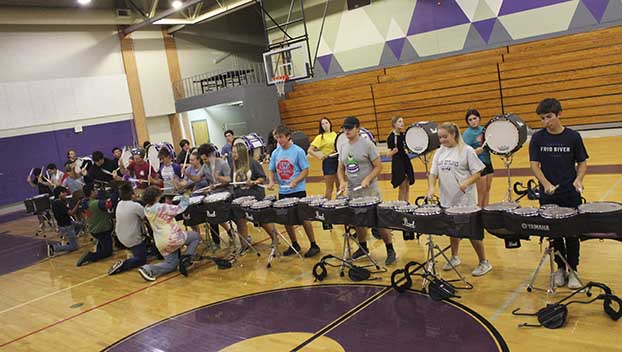 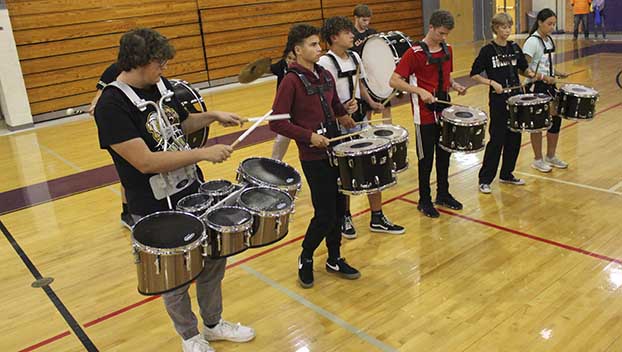