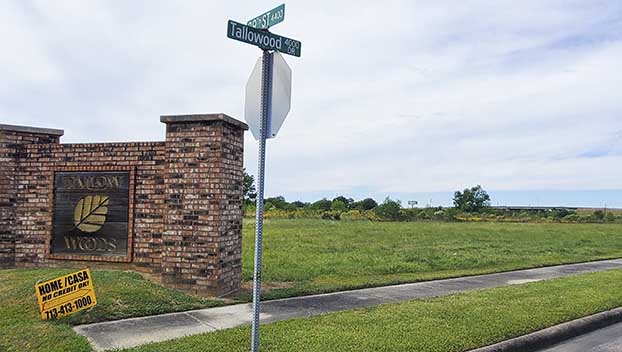 The event planned Monday in Port Arthur is a celebration, and it’s just what our community needs.

The McElroy Estates is holding a groundbreaking and ribbon cutting ceremony at 11 a.m. at the corner of 39th Street and Tallow Wood Drive.

“Affordable luxury” that is “coming to Port Arthur Spring 2023,” is the pitch made to the community.

The Greater Port Arthur Chamber of Commerce is planning a celebratory affair and rightly so.

One of the driving forces behind the effort is Chuck McElroy, a 1986 graduate of Lincoln High School who pitched in Major League Baseball for more than a decade.

Now, he’s looking to deliver his greatest strike in his hometown.

In speaking with Port Arthur Newsmedia earlier this week, McElroy said “we kept working on it, trying to do it, then all of a sudden he came to me and said, ‘Chuck, let’s do it.’”

The “he” is business partner Mike Rebcesher, and their passion and belief is ready for development.

As you can expect, many current and former Port Arthur residents were excited when reading the news. Responses on The Port Arthur News Facebook page ranged from “Way to go Chuck McElroy!” to “AWESOME!!!”

One astute reader added, “Glad to see this happening…praying for longevity/upkeep.”

Yet, predictably, there is a smaller segment of responders who preferred a troll-style response. They question the project’s ability to succeed or decision for investment.

It’s true that nothing is guaranteed to succeed in this world, so there is a measure of safety in being and sharing only pessimistic statements.

Yet such a response makes any sort of progress impossible.

Now is the time for investment, with positive planning followed by effective execution.

That’s truly possible when a native son forged with years of professional success puts his heart and soul into a project that can really benefit his hometown.

Those not open to the idea of success need not apply.