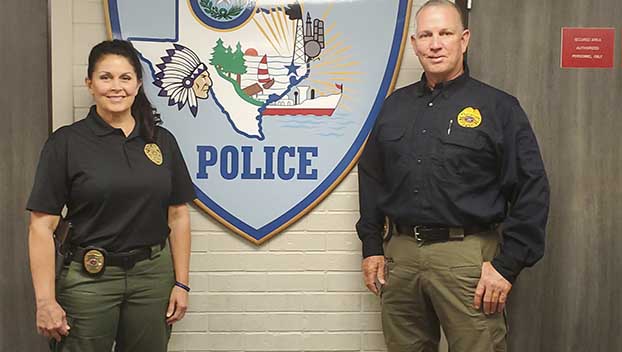 PORT NECHES — Paul Lemoine isn’t quite sure what to expect when he wakes up Saturday morning as a newly retired police chief.

“I’ve heard where, that first day you’re retired, you feel the weight of the world has been lifted off of you,” Lemoine said, wondering if the feeling of being responsible for 13,640 people in town as well as his biggest fear of something happening to one of his employees will go away.

“Subconsciously, that’s on my mind,” he said. “No matter what, and when, something bad happens you take it at a personal angle that it happened on my watch. Let’s make sure we do this right. I would hope that when I’m not here, I don’t have that weight. I’m sure I’ll deflect it to something else.”

That something else will not be worrying needlessly. It will likely be channeled to things he’s been waiting for more free time to do such as working on his barn, tending to his garden, playing with grandchildren and even beekeeping, canning honey and hunting.

Lemoine is set to hang up the badge Friday after almost 38 years in law enforcement, currently serving as Port Neches Police chief.

But there are a few things he knows he will not do. One of them is hanging out at the police station for coffee.

He doesn’t pay much mind to the news so he won’t be calling to ask his former employees what happened if he hears of an incident.

“And I’m not gong to be sitting in my yard watching for speeding cars and calling every five minutes,” he said with a laugh.

Former Nederland Police Chief Darrell Bush and Lemoine became friends back when they were both patrolmen. 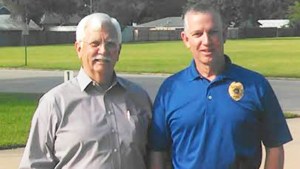 Bush said Lemoine has always been a stand up guy and a man of his word.

“Throughout our careers, even though we were with different departments, we worked together through the good times and the bad, and we worked very well together. We know we can always count on each other,” Bush said. “Our relationship has always been more than just a working relationship, we’ve socialized as well as hunted and fished together. (He’s not that good of a shot) LOL.”

Bush said he is proud to be able to call Lemoine his friend.

Theresa Beavens, police department secretary, has worked with Lemoine 24 years and said he has been a great friend professionally and personally, and it has really been a privilege to work with him.

“From coaching my son in Little League to giving advice through storms and explosions, we will all miss him,” Beavens said.

Debbie Plaia, the outgoing executive director of the Pot Neches Chamber of Commerce, was on hand Thursday along with fellow chamber members to present Lemoine with a going away basket of goodies. 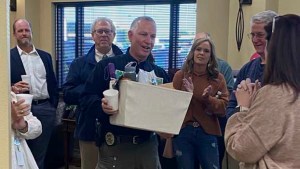 Plaia has known Lemoine for 20 years and has worked with him as he served on the chamber board.

When he took on the role he brought with him new ideas, she said.

He also assisted with events such as parades; Catch a Shooting Star and RiverFest. She said he’s the type of guy if something needs to be doing; he’s the guy to call.

“He’s just a good guy,” Plaia said. “He’s very active in the community and very liked in the community. As with my position with Crystal Jordan coming in, we feel the same way about Cheri (Griffith).”

Plaia will also miss the jokes from Lemoine. She recalled a time when Lemoine, her and some other chamber people were resting at the end of one of the RiverFest celebrations.

“He likes to play jokes on people,” she said.. “Little things. If someone makes a mistake he’ll make it into a joke. He gets his point across without saying anything. I’m going to miss that part.”