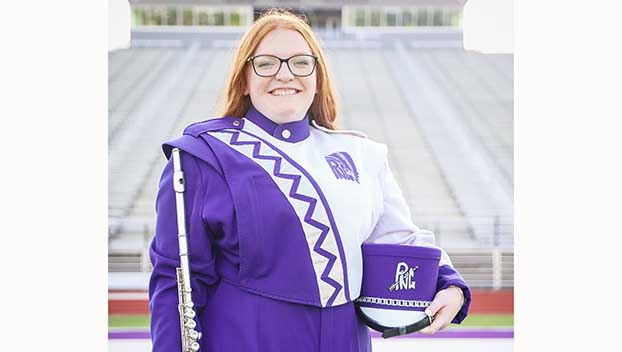 It was a weekend of heartbreak mixed with perseverance for the Port Neches-Groves Independent School District marching band.

While their weeks leading up to Friday had been spent preparing for that night’s Homecoming game and Saturday’s Region 10 University Interscholastic League Marching Contest, everything changed Friday morning when flute player Morgan Christian passed away.

Still, through their grief, the students pushed through a bittersweet Homecoming performance and went on to earn the top rating in Saturday’s UIL competition.

Port Neches-Groves High School Band Director Alex Wells said he was in his fourth year with Christian as a band student, and had also been the band director for her two older sisters.

When asked how he and the students are faring emotionally in the wake of Christian’s death, he answered from the heart.

Wells offered his sincerest condolences to the family, saying he loves them so much and wishes he could do more. 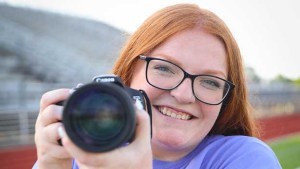 Morgan Christian was a member of NDN Press. (Photo courtesy of Mike Tobias)

During Saturday’s contest performance, Christian’s uniform was brought out onto the field and placed in a chair facing the crowd, according to information from NDN Press.

“She was a great leader for the flute players and was influential in getting them to be better marchers and players,” he said.

In honor of Christian, there will be Light for Morgan, beginning with a large group session in the PNG Auxiliary Gym at 6:30 p.m. today (Oct. 18). Students are inviting their spiritual leaders and counselors to help be on hand to answer questions or give comfort as they share memories of her.

The group will move outside at around 7:15 p.m. to light a candle, according to NDN Press of which Christian was a member.

Christian died unexpectedly Friday at her home. She was 17.

PNGISD issued a statement Friday regarding the death.

“The PNGISD family is hurting by the sudden loss of one of our students today. She was a member of our esteemed Purple Pride Band and NDN Press.”

The district also said counselors would be available to students for as long as necessary.