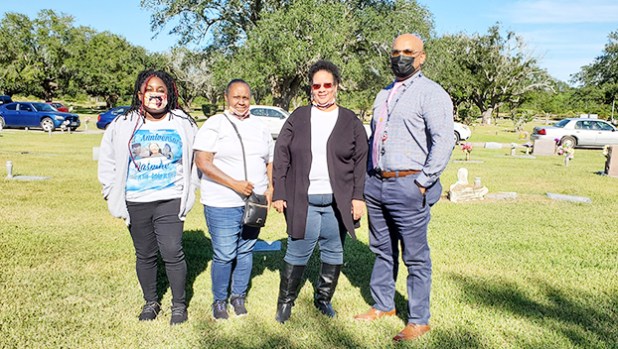 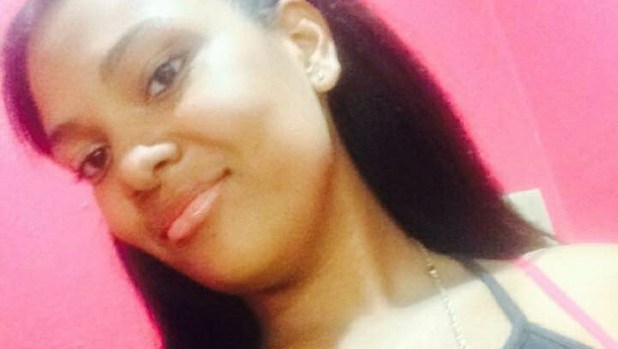 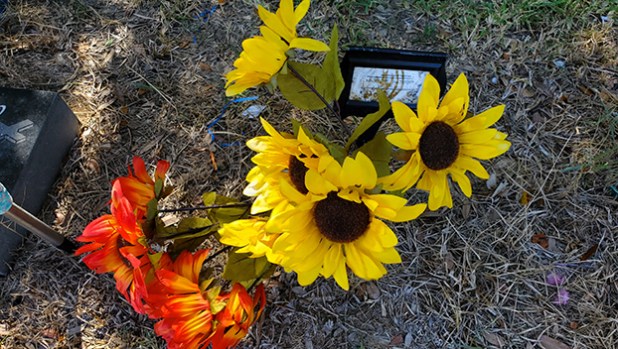 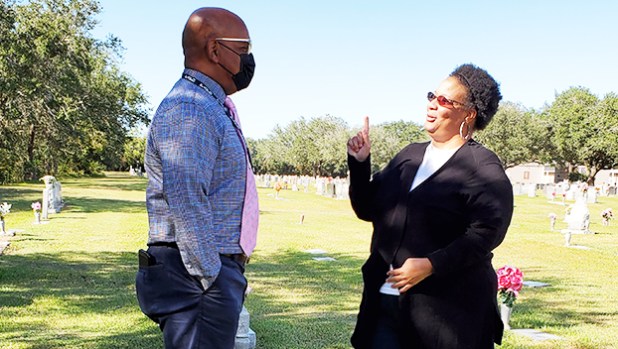 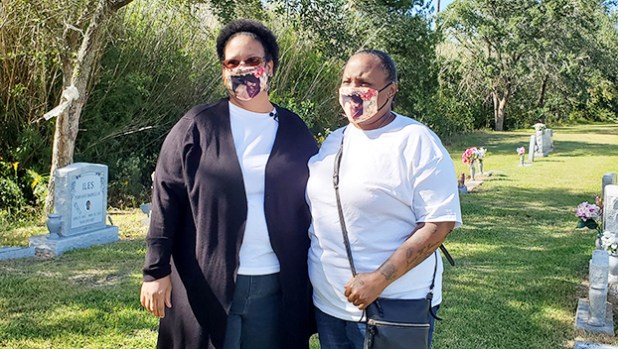 Jermel Newman, left, and friend Tara Johnson wear facemasks with the image of Newman’s daughter, Jasmine, who was murdered in 2019. (Mary Meaux/the News)

BEAUMONT — Jermel Newman has a name for the person who killed her daughter: the devil.

The devil, as she calls the unknown suspect, came to Port Arthur in the form of a gunman and left the family of Jasmine Newman in pain and grief.

“The devil came and took my only baby,” Jasmine’s mother said, referring to the person who fired into a crowd Oct. 20, 2019, killing the innocent mother of two young children.

The killing took place one day shy of Jasmine’s 23rd birthday. She and others were leaving a party at approximately 2:30 a.m. at a home in the 1100 block of Vicksburg Avenue when shots rang out, one of which struck Jasmine, killing her.

There has been no closure for Newman in the nearly three years since her daughter’s death. She visited her daughter’s grave Tuesday at Live Oak Cemetery in Beaumont, along with friend Tara Johnson and one of Jasmine’s friends, Kayora Thibdeaux. She spoke to media members in hopes of reaching the killer or someone who knows the person who committed the crime.

The past three years have been hard for the grieving mother. Jasmine left two small children. She hears from the children regularly. They believe their mother is in Heaven and they can push a button and go talk to her, then push the button and come back.

“I never in a million years thought I’d be going through this,” Newman said.

At the cemetery Newman walked over to her daughter’s gravesite. Colorful silk sunflowers and a temporary marker indicate Jasmine’s final resting place. She plans to choose a headstone this week and later add a cover and maybe a bench so she can sit and visit with her.

Her wish is for the killer to be caught and go to prison for life without parole.

“I don’t think we’ve even gotten one tip on the case. That surprises me,” Duriso said.

There has been a recent development and something police believe may lead to a break. But for now the case is unsolved.

“It’s not common to not receive any Crimestoppers tips. Usually we get some type of tips,” Duriso said. “We followed some leads but we’re not where we want to be.”

Duriso declined to comment further on the case, saying the investigation is fluid.

Newman and Duriso shared a few laughs as they spoke about her tenacity. The mother calls on a regular basis to ask about the case. The calls usually come on Sundays.

Detectives do not believe Jasmine was the intended target. She had no criminal record and had not been in trouble with the law. Early in the investigation police called Jasmine an innocent bystander.

Detective Sadie Guedry said police would like to give Newman and the family closure and asked that people with information on this or any other crime to call Crime Stoppers of Southeast Texas at 409-833-TIPS. Tips are anonymous and could be eligible for a cash reward.