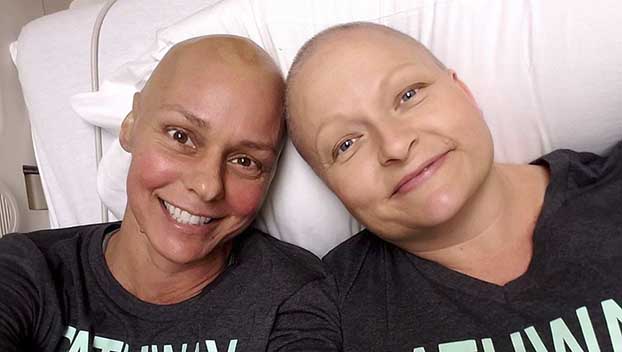 Misty Kendrick, right, and her late best friend Dana MacFarlane were both diagnosed with cancer near the same time. (Courtesy photo)

In 2017 Misty Kendrick, who lives in Nederland, went to her annual mammogram like she had for the previous 10 years.

She wanted to be vigilant since there is a family history. A couple years prior, she found a lump, but the doctors at the time said it was benign.

But the doctor’s visit five years ago was different. The mass had grown, likely due to a hysterectomy she had just before, Kendrick said.

“I went in to see my doctor and then he had me sent to MD Anderson in Houston, where I was diagnosed with two different breast cancers,” Kendrick said. 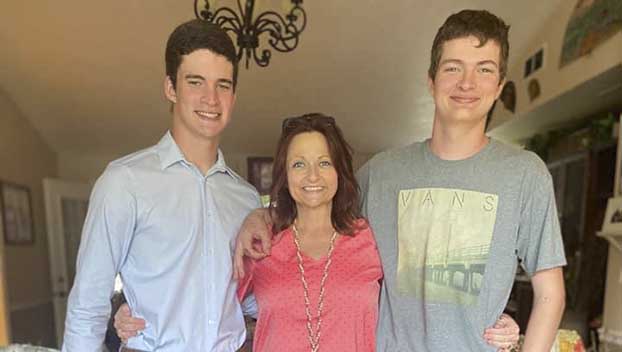 “I was more worried about my kids,” she said. “My kids were 15 and 16 at the time, so that is where my thoughts immediately went to. I wasn’t worried about me. I know where I will spend eternity. I just wanted to make sure my kids were OK.”

After being diagnosed, Kendrick took a vacation with her family to ease her mind and gear up for the fight that would soon come.

After returning she began chemotherapy in Southeast Texas that was overseen by MD Anderson.

“I wanted to have my chemo done here so that I could keep working,” Kendrick said.

She was grateful to have a job and boss that allowed her as much time as needed for appointments and added she did not miss a day of work through the treatment. The treatment was more complicated than the usual due to the targeted treatment needed to fight two types of cancer.

After chemotherapy treatment, Kendrick began making daily visits to MD Anderson for radiation and a double lumpectomy. She was able to ring the bell the following year to single she was cancer free.

“It felt great,” she said. “Breast cancer can be scary, but it is not a death sentence. Technology has come so far. Ringing the bell was amazing. I felt like I defeated the devil. I know not everyone gets to do that.”

Kendrick said her faith, family and friends helped her get through the hard times. Best friend Dana MacFarlane was diagnosed with Leukemia around the time of her diagnosis.

“We went through a lot together,” Kendrick said. “We had the bald heads together and everything. She passed away last year from her cancer, but she is part of my bigger story. That really was my best friend.”

Now Kendrick wants all women to get checked as often as possible.

“It doesn’t matter if you are scared,” she said. “Especially if there is a history, you need to get checked. Get checked as early as you can and often. I had that one lump in my breast, but I couldn’t even feel the other one and would not have known it was there had they not checked.”