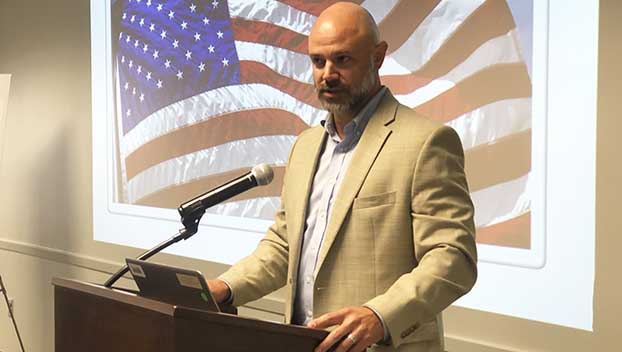 With several upcoming projects approaching the call for bids, Jack Brooks Regional Airport Director Alex Rupp on Wednesday put out a call for all contractors — in particular those classified as a minority-owned business.

Rupp spoke at the Greater Port Arthur Chamber of Commerce Contractor’s Business Development Group, which takes place on the second Wednesday of each month at the Carl A. Parker Multipurpose Center.

There are currently five such meetings each month that take place in Port Arthur, Beaumont, Pasadena and two in Louisiana, said Chairman Travis Woods.

At each meeting, local contractors are made aware of current or upcoming projects within the area that they might have the ability to bid on. 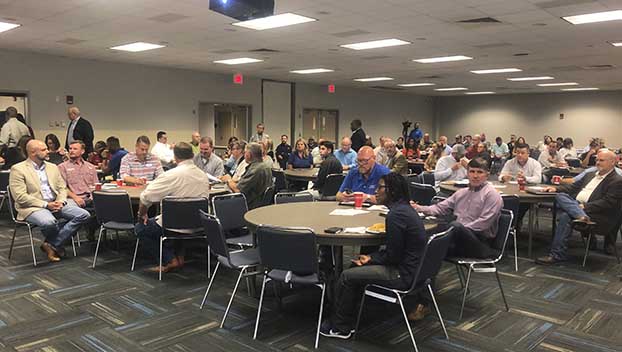 “We have some big projects coming up,” Rupp said. “The biggest one is going to be drainage. It’s currently under engineering right now.”

With bids expected to open in November/December, the drainage project includes the addition of a retention pond and work that ensures water doesn’t pool near runways.

The airport is the site of the National Weather Service’s rain gauge. During Tropical Storm Harvey, a recorded 64.5 inches of rain at the airport set a new U.S. record for the amount of water from a tropical storm. The previous record of 52 inches had been set in Hawaii in 1950.

Rupp said they will also be adding a meeting room for first responders.

Since its construction in 1944, the airport has frequently served as a hub for local leaders in the event of a natural disaster or other unexpected emergency.

During World War II, the site was used for advanced training by the U.S. Marine Corp, according to information from the airport. In 2005 it became the location of “one of the largest civilian airlifts in U.S. history” due to military evacuations ahead of Hurricane Rita.

And in 2020, the airport was used as a mass testing center for COVID-19 before also becoming a large vaccination hub for first responders.

Elton Hollis, vice chairperson of the meeting, also touched on a other large contracts coming to the immediate area:

Indorama Ventures in Port Neches will begin a $10 million project to evaluate the construction and installation of a high-speed centrifugal gas compressor. Bids are expected to open in December.

Valero in Port Arthur will begin a $15 million project to upgrade Crude 146 Unit as part of a $975 million expansion. Bids are expected to open in August 2023.

Motiva Enterprises will be spending $25 million on boiler additions. Bids are expected to open in the first quarter of 2023.