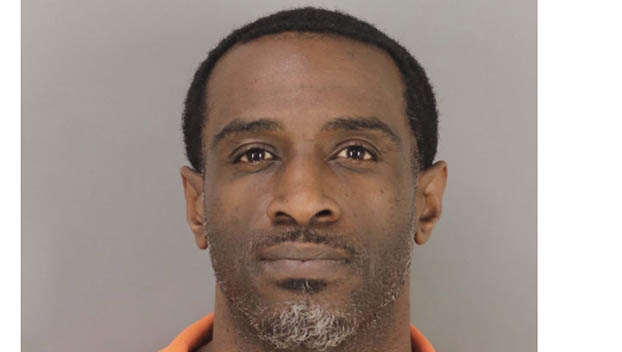 Police are looking to speak with Channin Keon Ardoin, a 39-year-old Beaumont resident.

A Beaumont man has been identified as the deceased person found in the 4500 block of Dallas Avenue following a house fire.

Jason West, 41, has been positively identified as the man found during the arson investigation Oct. 7 in the 4500 block of Dallas Avenue.

West’s death has been ruled a homicide.

Investigators are looking for Channin Keon Ardoin, who is a person of interest and has a felony theft warrant.

Investigators believe Ardoin, 39, of Beaumont has information about the structure fire.

At 9:32 a.m., officers responded to the 4500 block of Dallas Avenue to assist Beaumont Fire Rescue with a structure fire. Fire Attack Teams entered the structure and extinguished the fire.

A fire investigator discovered a deceased person inside the residence.

West’s blue 2012 Hyundai Sonata was not located at the scene.

Beaumont investigators believe Ardoin drove the victim’s blue Hyundai Sonata northbound on Highway 69 from Beaumont to Huntington where he was spotted by a Huntington police officer.

He then fled from the officer until he wrecked the car on the parking lot of Metal Mart on Highway 69, approximately a mile from the Lufkin city limits.

He then fled on foot and remains at-large.

If you have information about this investigation, contact the Beaumont Police Department, 409-832-1234.  If you wish to remain anonymous and be eligible for a possible cash reward, contact Crime Stoppers of Southeast Texas:

CALL -409-833-TIPS, LOG ON to 833TIPS.com or use the P3 TIPS app and submit your tip using a smartphone or tablet. All tips to Crime Stoppers of Southeast Texas WILL remain anonymous and you MAY qualify for a cash reward.